What Is Happening With Litecoin And Does Its $10,000 Prediction Make Sense?

Litecoin seems to have been left in the shadows as other major cryptocurrencies enjoyed strong gains during this year’s strong bull run.

Litecoin has been around since 2011, making it one of the first altcoins to pave the way for the dawn of the crypto age. It has many similarities to Bitcoin including its proof-of-stake mechanism and the fact that it is also a store of value cryptocurrency. However, it has some aspects that are better than Bitcoin. For example, it takes 2.5 minutes for a Litecoin block to be created compared to Bitcoin’s 10 minutes. It also has a low amount of coins in circulation at 84 million coins which is roughly 4 times the 21 million maximum supply of Bitcoin.

One would expect Litecoin to be trading at an impressively high value perhaps a quarter of Bitcoin’s current price or at least above $1,000 given its OG status and features, but that is not the case. It is currently trading at $189.19 after plummeting from a high of 413.49 in May 2021. 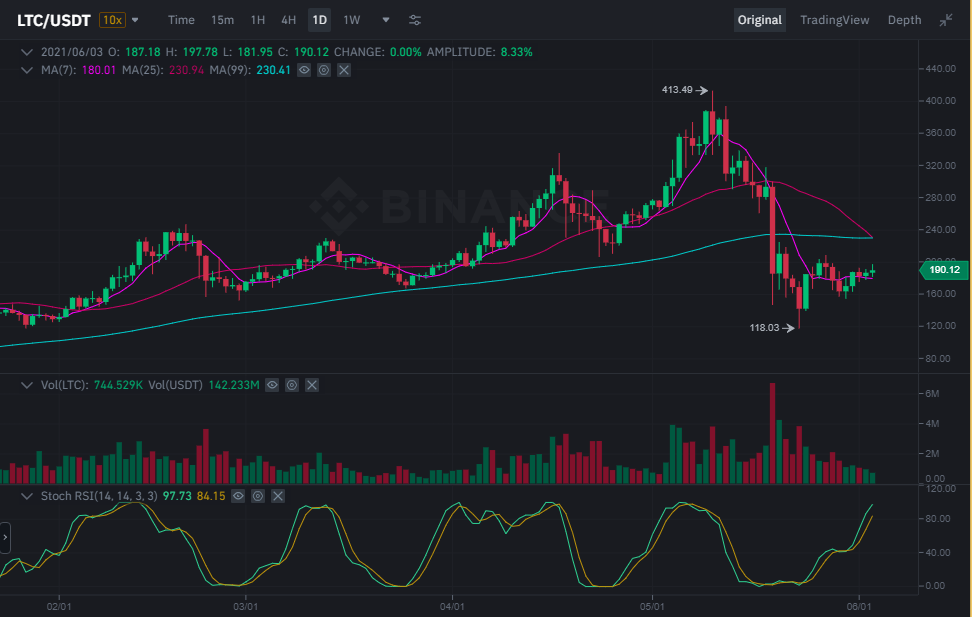 It has only gained roughly268.75% from its lowest 2021 price of $112 in January, while other major cryptocurrencies have gained more than 1,000% during the same period.  In other words, Litecoin has been severely underperforming.

Litecoin’s current underperformance is linked to various factors. The main one is that it has been severely overshadowed by Bitcoin and Ethereum. It is not as popular as the two and this is evident by its trading volume. At the time of this press, Litecoin’s 24-hour trading volume was just shy of $2.9 billion, while Bitcoin’s daily trading volume was $35.8 billion. Ethereum has also been dubbed the silver of the crypto world, a title which should have gone to Litecoin given its similarities to Bitcoin.

Perhaps another major reason why many savvy investors have avoided Litecoin in the past is that it lacked fungibility. Fortunately, this is something that its founder Charlie Lee aims to change through Confidential Transactions. Litecoin’s dev team has been making developments aimed at transforming the cryptocurrency into an anonymous and fully confidential payment platform.

Litecoin developers are reportedly working on implementing derivatives, options, and futures into its network and these features might be rolled out in 2021. The move should help attract more institutional investors, as well as investment from the retail market. Such developments could turn the tide in favor of more adoption for Litecoin, which would, in turn, allow it to grow at a faster pace.

The cryptocurrency is also receiving a lot of attention courtesy of its undervalued price, which means investors can get in at an attractive price level. The team behind Litecoin has been aggressively marketing the cryptocurrency particularly through sports such as MMA events. The current expectation is that Litecoin’s latest developments including better fungibility, availability of options, derivatives, and futures will make it a more attractive buy in the future.

Bitcoin’s impressively high valuation in the 2021 bull market highlights another potential reason why Litecoin has a lot of potential upsides. There was a lot of interest in other coins, which explains the sudden interest in meme coins and other types of altcoins. This is because people have been looking for undervalued opportunities that they can use to ride the bull market.

Perhaps the fact that Litecoin is currently undervalued is reason enough to attract more investment, especially now that it is going through some upgrades. Although it has been kicked off the list of top 10 cryptocurrencies, it might regain its former glory if it receives more uptake. Increased anonymity and a faster network than Bitcoin seem like enough arsenal for a strong bullish charge as an alternative store of value. 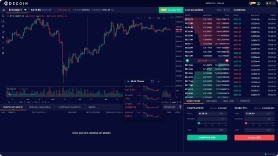