The cryptocurrency market experienced a volatility uptick within the last 7 days due to various factors including the GBTC unlock by Grayscale and the increased regulatory pressure. The assault on crypto exchanges may have also contributed to the overall bearish market sentiment. Here is a look at how some of the most popular cryptocurrencies have performed this week. 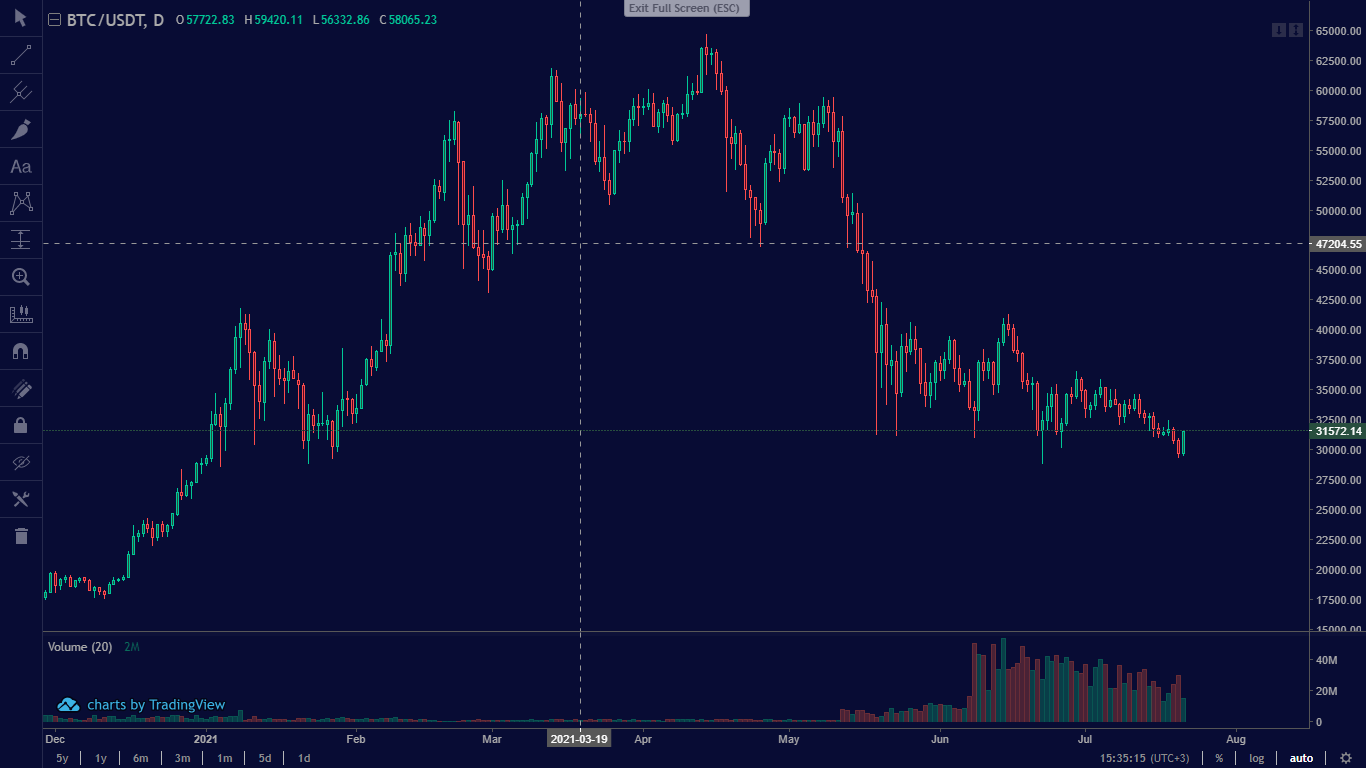 Its current price action is on a recovery trajectory after experiencing a bearish performance in the previous day, during which it slid below a key support level at $30,000, to a 3-week low of $29,278. Bitcoin owes its bearish performance to Grayscale’s recently unlocked GBTC shares which yielded some selling pressure. The level of FUD has also increased in the last two weeks as regulators clamp down on exchanges like Binance, forcing weak hands to sell. Bitcoin’s bullishness in the last 24 hours is courtesy of its market correction fueled by a buying uptick by investors looking to buy at discounted levels after a sharp decline. 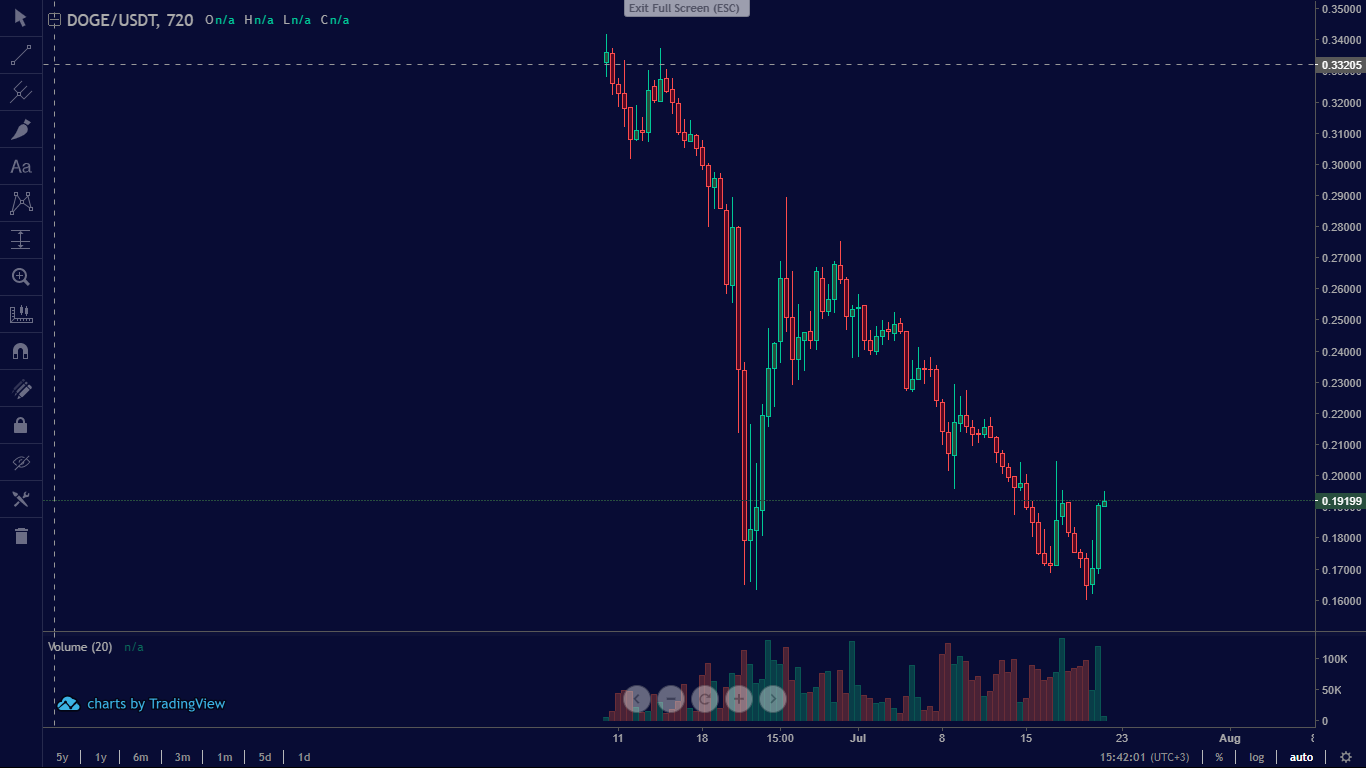 Dogecoin has been on a steady decline ever since it was listed on Decoin despite a massive price correction towards the end of June. However, it retained its momentum in line with current market conditions and its latest price surge also reflects the ongoing market recovery. Doge was able to pull off such a significant price jump thanks to its strong community. The recent recovery highlights a spike in buying volume after testing strong support at the $0.16 price level.

ETH was also not spared by the latest wave of selling pressure. Its price action saw a substantial decline that sent it as low as $1,706 during yesterday's trading session. However, it has since then experienced some recovery and is currently trading at $1,915 after rallying by 8.06% in the last 24 hours. Nevertheless, its price is still down by 3.35% in the last 7 days. 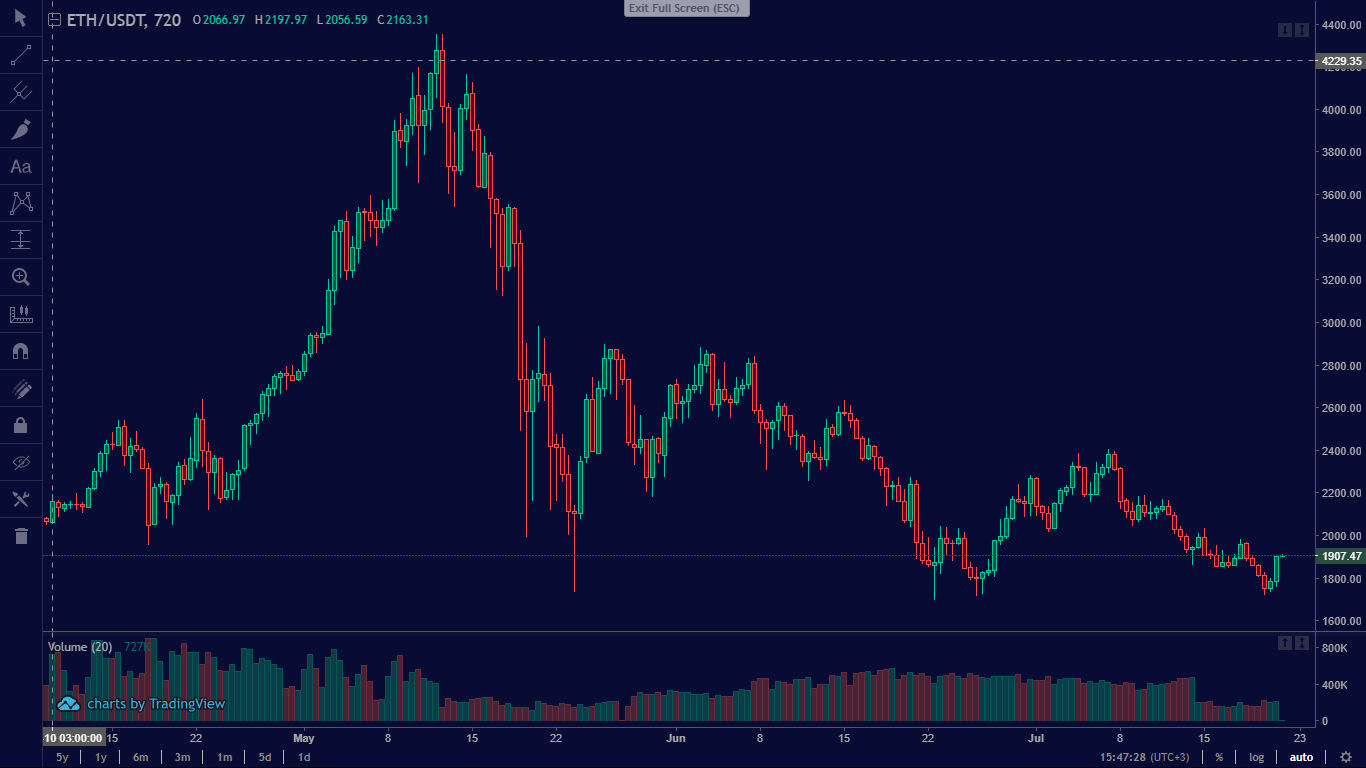 The ongoing developments regarding Ethereum 2.0 previously gave ETH some resilience against the selling pressure but it looks like the bears managed to overcome that resilience in the last few days. ETH is still one of the most promising cryptocurrencies based on the mass adoption of its network.

ADA’s price action in the last four weeks indicates that the gains it achieved towards the end of June have been undone particularly by the selling pressure that has prevailed in the last 7 days. It is currently trading at $1.14 after bottoming out at $1.02 which is a support level that has been tested multiple times in the past. 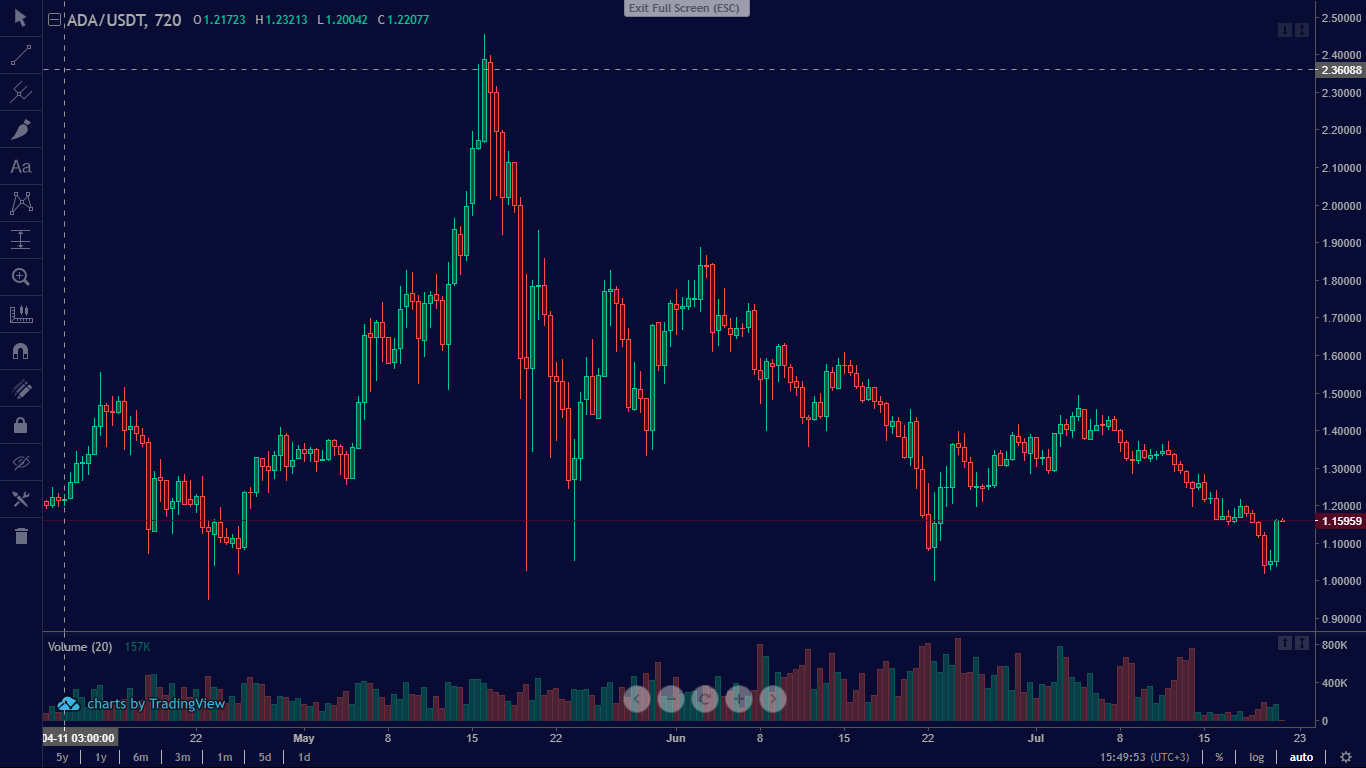 ADA’s recent bearish performance reflects the overall market conditions. The ongoing uncertainty regarding its delayed smart contract integration has caused a decline in trading volume but that is expected to change as it draws near that critical upgrade that will make it smart-contract compatible.

The crypto market is currently recovering from yet another bearish downturn after failing to regain its bullish momentum that prevailed in the first half of the year. There is still a lot of uncertainty around price movements especially with governments weighing in on digital currency regulations. However, there are many positive developments expected to fuel bullish momentum. Regardless, the altcoin market’s price movements are still heavily pegged to Bitcoin’s performance as observed in the recent market trends.