Tronpad, a crypto Launchpad based on the Tron blockchain is currently leading the bullish charge today after being ranked as one of the top Launchpad platforms based on average return on investment.

A recent ranking published a few hours ago highlighted Tronpad as one of the top 7 best crypto Launchpads based on average ROI with a current average ROI of 14X and a 20X all-time high ROI. Tronpad is currently trading at $0.040 after pumping by 23.55% in the last 12 hours, earning it a spot as of the best performing cryptocurrency on Decoin today. 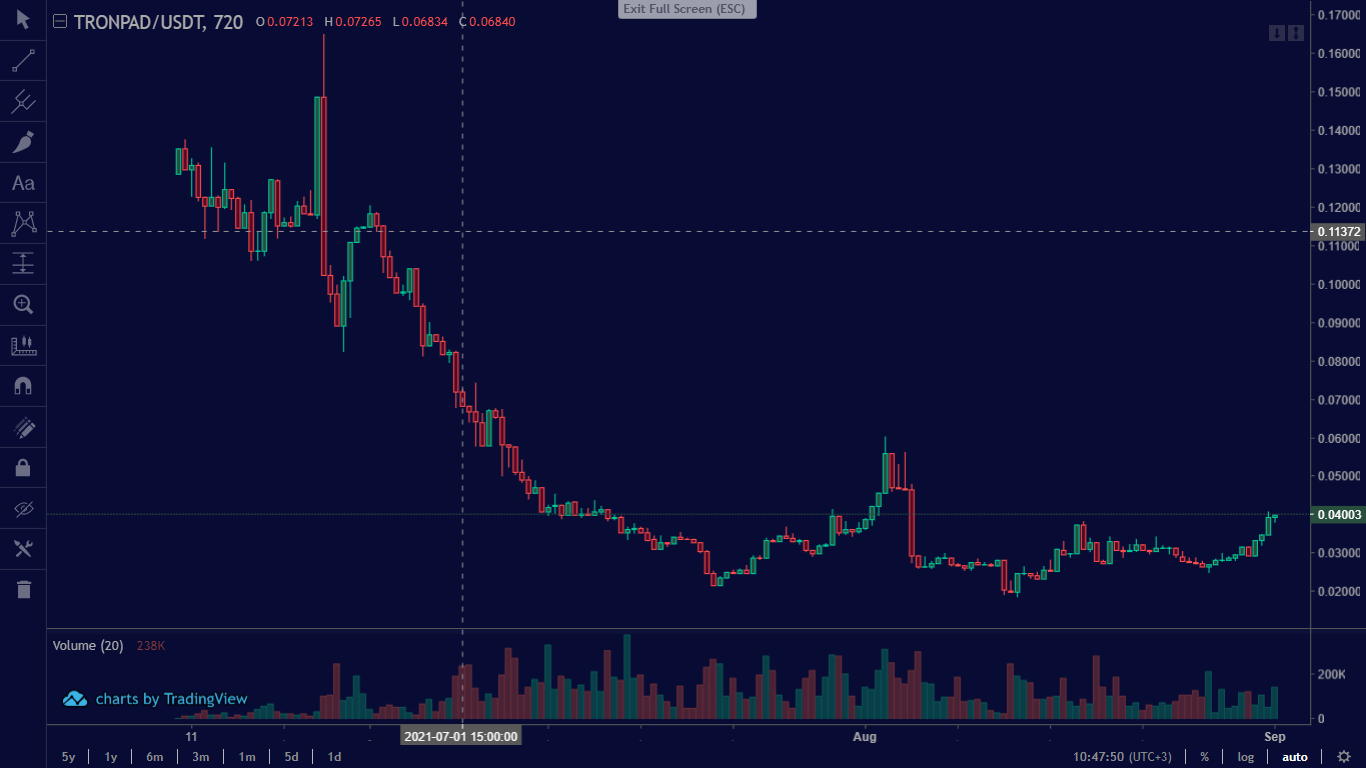 Tronpad's performance reflects an uptick in buying volume which was likely triggered by its favorable ranking, as well as upcoming IDOs. The latter are considered catalysts because they fuel the demand for the Tronpad token.

What you need to know about Tronpad

Tronpad is a crypto Launchpad that operates on the Tron network which is currently one of the rapidly growing public blockchains in the world. One of the main reasons for the massive popularity of launchpads is that investors are now looking for avenues through which they can securely invest in cryptocurrencies with the lowest possible risk level and the highest probability of success. ICOs were initially popular but they rapidly became diluted as scammers saw an opportunity to bank on them.

ICOs become far less popular as soon as it became clear that they are highly risky and crypto projects started looking for safer alternative ways of bringing together ambitious projects with investors looking for opportunities to back such projects, thus IDOs were born.

One of the reasons why Tronpad is attractive is because the Tron network is fast and charges low fees compared to other networks such as Ethereum. It makes launchpads such as Tronpad attractive for projects looking to save as much money as possible in fees without compromising their chance of a successful launch.

Tronpad has 175 million native tokens which is relatively low compared to many other cryptocurrencies, although its maximum supply is set at 1 billion tokens. Note that this is based on a self-audit and investors should exercise caution because vesting and token dumping might suppress its price action. It currently has a market cap of $7.1 million, a figure which suggests that it is still undervalued considering the low market cap and it possibly has a lot of room for growth as it continues to gain popularity.

Tronpad just announced through its official Twitter handle that it will launch an IDO for the SOS project on September 10. The news might also be one of the catalysts fueling Tronpad’s rally. SOS is a community-based utility token created for supporting humanitarian efforts, environmental protection, and preserving communities that focus on creative arts.

The IDO for such a token is bound to yield strong demand for the Tronpad token, which investors are required to stake so they can participate in the IDO. Another uptick will probably take place as the IDO date draws near.