NAFT, the native cryptocurrency on the Nafter platform is currently among the top gainers on Decoin as the market attempts to recover from the recent downturn. NAFT’s rally comes just days after the platform launched its NFT-based social media platform on September 3.

NAFT is currently trading at $0.0759 after a 48.78% price surge in the last 24 hours. However, looking at its performance in the last few days reveals that the cryptocurrency had a massive pump on September 2, a day before its global launch. The price pump allowed NAFT to achieve an all-time high of $0.23. However, the cryptocurrency took a massive dive on the launch date and continued its downward trajectory before bottoming out at $0.050 during yesterday’s trading session. 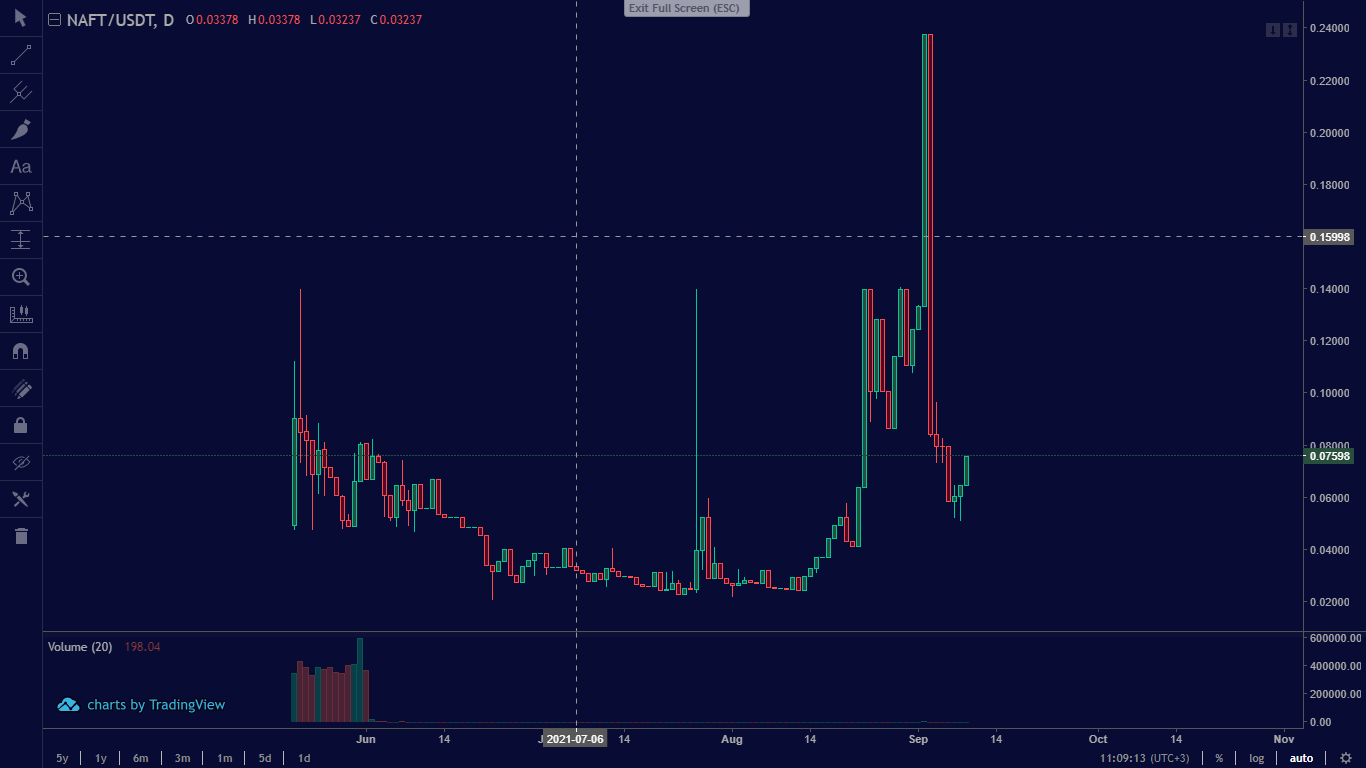 NAFT's massive pump and dump was largely due to investors taking profit during the recent peak and its current price action today suggests that it is on its way to recovery. However, the recent dip represents an opportunity to get in at a discounted price level.

Why you should consider holding NAFT

There are multiple reasons why you should consider holding the NAFT token. One of the reasons is that it is a Binance Smart Chain project that has been developed with a unique goal in mind. The Nafter social media platform incorporates NFTs where content creators can easily monetize their content.

Users can turn their content including photos and videos into NFTs and sell them on the Nafter marketplace. This approach can potentially be a game-changer considering that platforms such as Onlyfans have already confirmed that users can build up a robust fanbase and achieve impressive earnings through their fans. The NFT approach makes it significantly easier for the platform to achieve its goal.

NFTs make it possible to verify the content but even more interesting is that the project just launched its Nafter app on September 3. The app will be available for web, Android, and iOS. Fans will get exclusive content from their favorite content creators which they can also sell. Users who wish to access exclusive content will have to stake NAFT so they can get exclusive content. This highlights one of the ways in which the platform will ensure that there is demand for the native token. It also aligns well with the platform's tokenomics and the potential growth trajectory of NAFT in the future.

Nafter currently has a $37 million market cap which is significantly low and indicates that it is in the early stages while its circulating supply is currently at 500 million tokens. Its maximum supply is 1 billion tokens. The project is in its early stages given that it just launched its app, which means it is yet to start tapping into its full potential.

Although Nafter looks promising on paper, traders should exercise caution given that the project is still in its experimental phase which means it is still a high-risk project. There is still a likelihood of the project not going mainstream but the fact that it recently held a global launch of the Nafter app might be a good sign.