The cryptocurrency market has been a mixed bag of feelings in the last few days as the ongoing bearishness prevails contrary to expectations. The overall sentiment was bullish, with the market expected to deliver a strong bull run before another retracement predicted towards the end of the month.

Major catalyst events seem to have lost their ability to deliver the expected price action. Here is a look at some of the top coins and their performance in the last few days.

Bitcoin tanked by 2.26% in the last 24 hours and is currently trading at $44,352. It is currently down by 14.19% in the last 7 days which reflects the massive dip that took place last week after El Salvador adopted BTC as legal tender. This was contrary to the expectation that such news would act as a catalyst that would fuel another bull run. 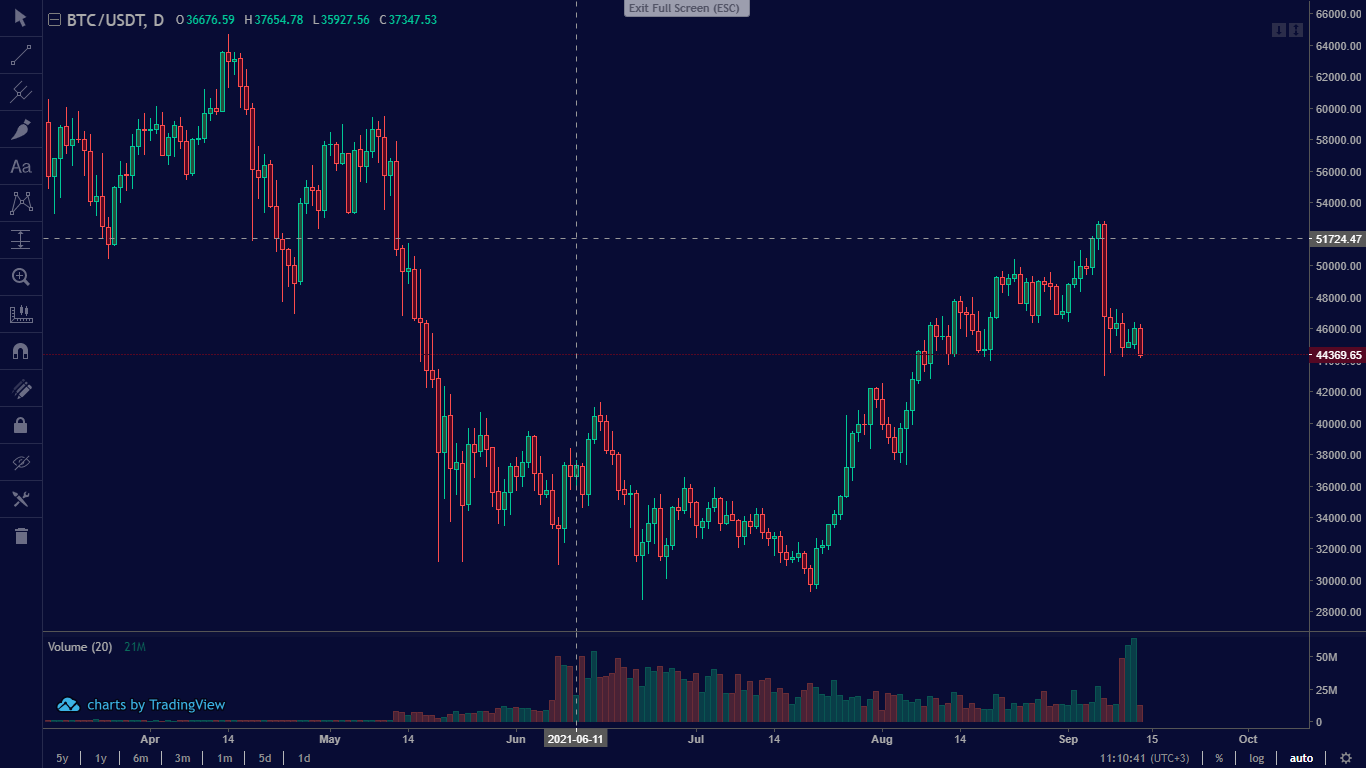 Bitcoin experienced a massive dip on Tuesday which saw it drop from a high of $52,897 to a low of $43,045. The cryptocurrency made some recovery attempts especially during the weekend but it failed to recover despite an increase in buying volume.

Cardano had one of its most significant upgrades on Sunday which was the day it was scheduled to roll out smart contracts through a successful hard fork. The event took place but it also failed to provide a favorable impact on the price of ADA despite being one of the most anticipated catalyst events. ADA has since then continued dropping and is currently trading at $2.32 after tanking by 11.46% and its weekly performance indicates that its value is down by 19.92% in the last 7 days. 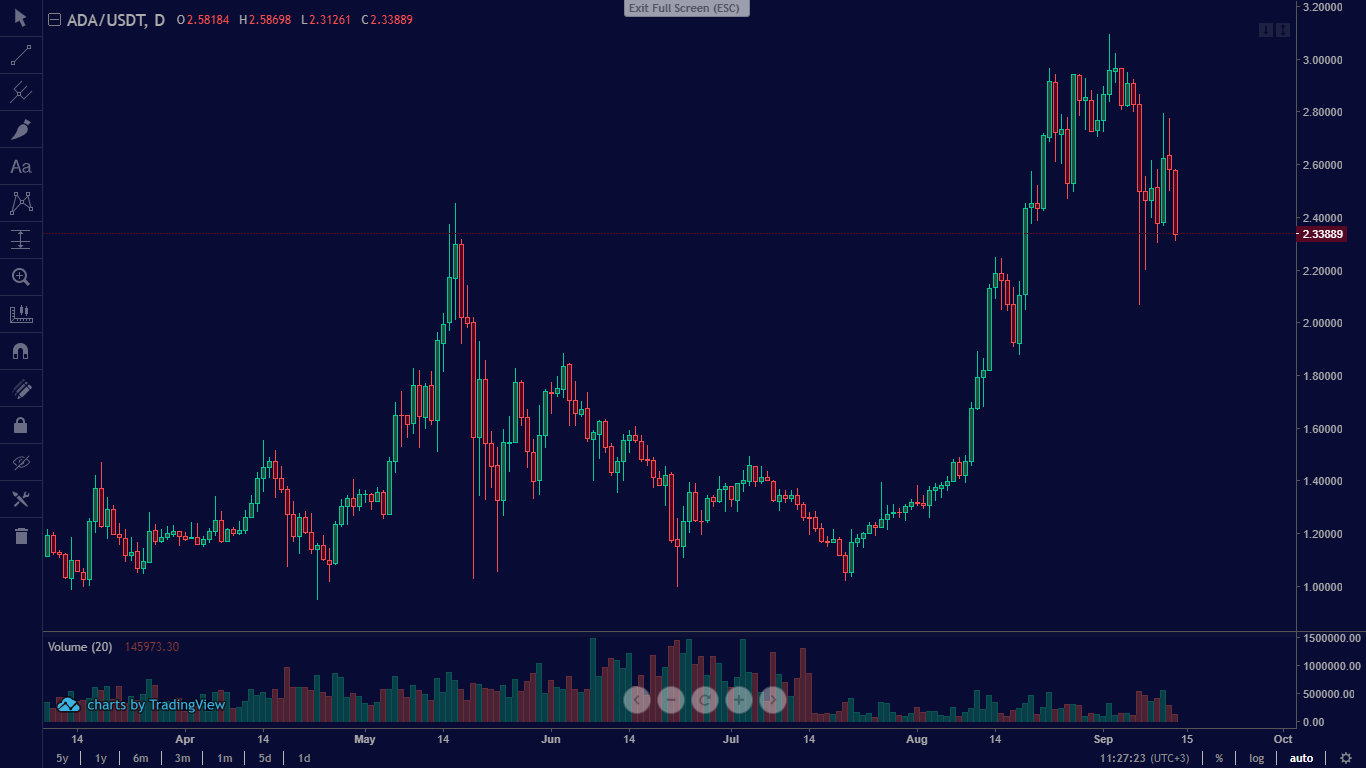 ADA's price also dived on September 7 when Bitcoin crashed, pulling it from the day's high at $2.87 to a low of $2.06. It has since recovered slightly but it also turned bearish on the day of the major upgrade contrary to expectations.

Although most of the top cryptocurrencies are currently bearish, some altcoins such as XTZ have managed to resist the selloffs and even achieve some gains. XTZ, the native cryptocurrency on the Tezos network is currently up 8.12% and is trading at $6.77 while its weekly performance indicates that it has so far gained by 21.56% in the last 7 days. This makes it one of the top gainers in the top 50 list of cryptocurrencies based on market cap. 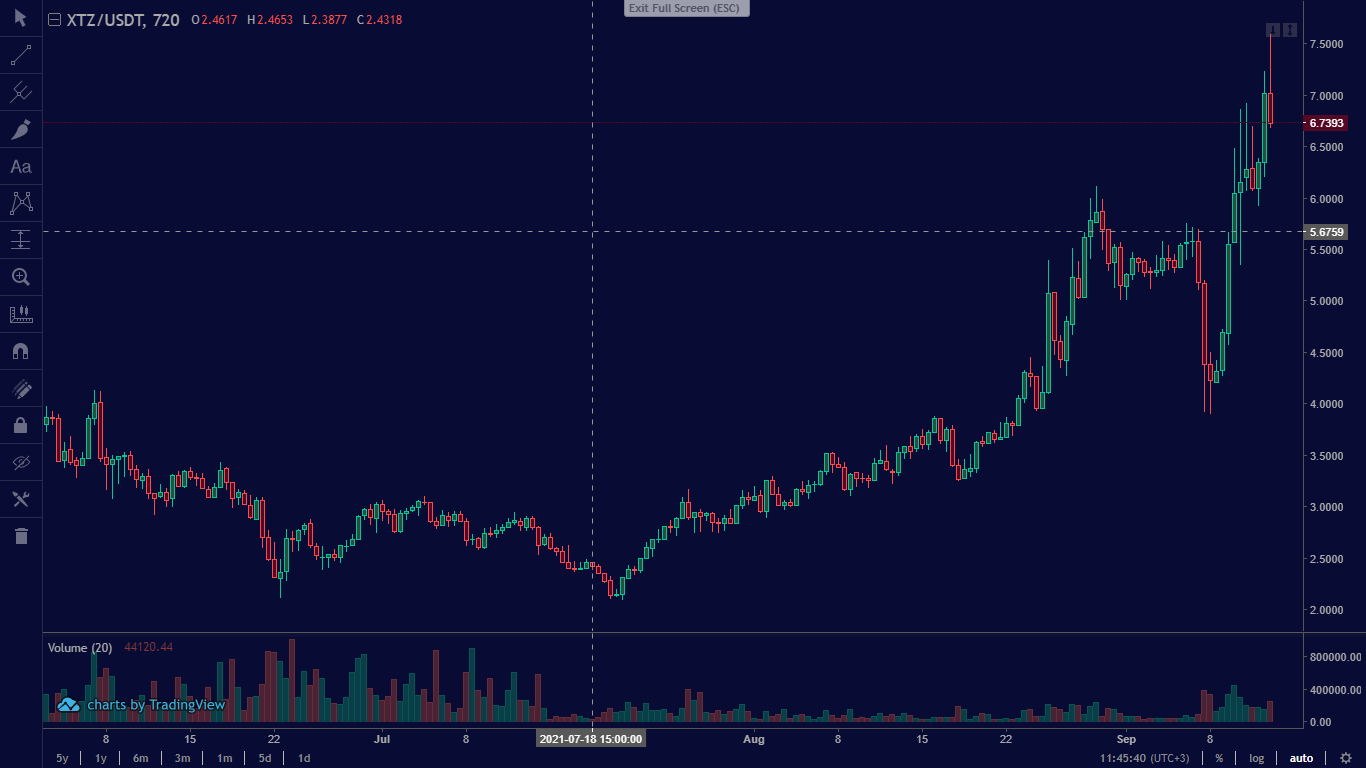 Polkadot’s native cryptocurrency DOT is currently one of the few coins in the green today after rallying by 4.02% to $33.60. However, its price action is down by 2.46% in the last 7 days, which might change within the current trading session if it keeps going up. 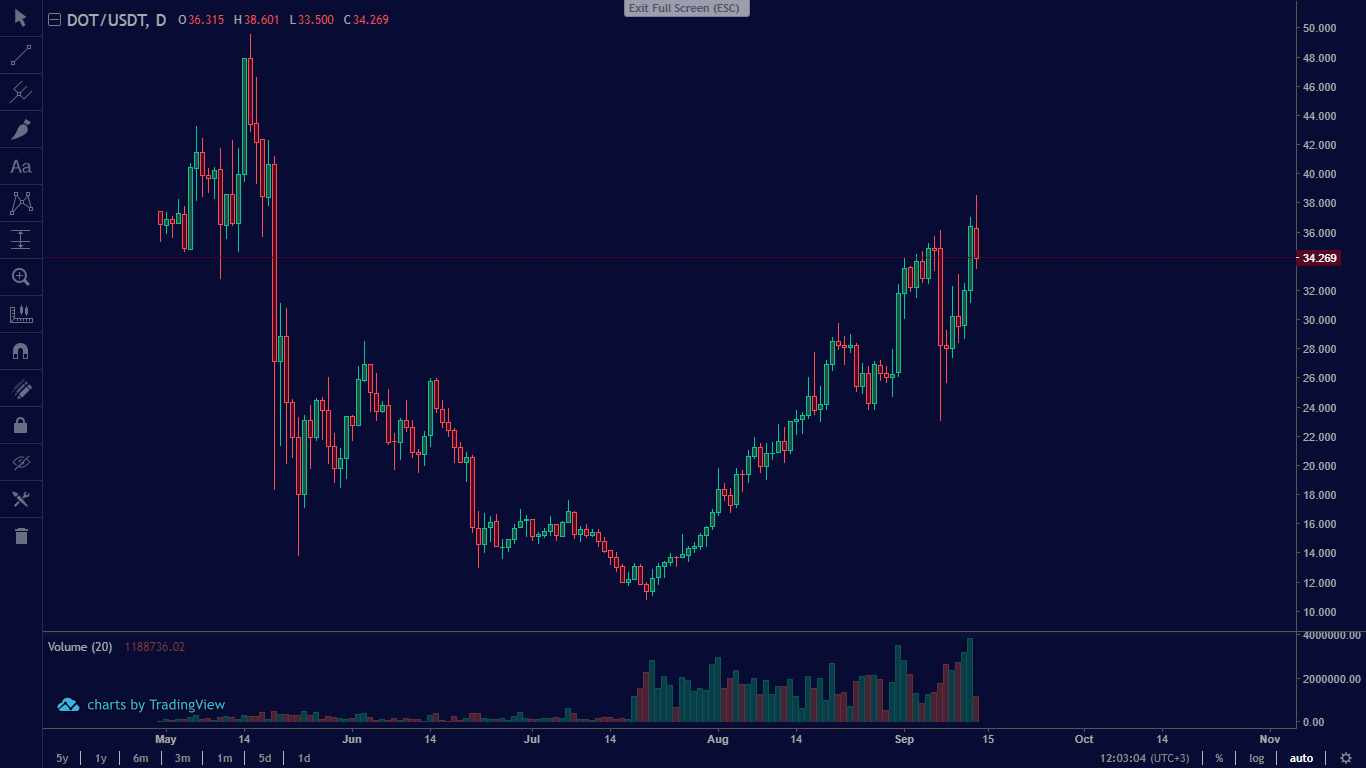 DOT is already experiencing some strong selling pressure, suggesting a higher likelihood that it will experience some more downward pressure before the end of the current trading session.

The dipping crypto prices suggest that there has been strong market manipulation. On the other hand, the lower prices do present a chance for investors to purchase cryptocurrencies at discounted prices, but caution is necessary now that regulatory pressure is creeping back into the market.