The cryptocurrency market is currently going through a phase of massive price correction which is believed to have been triggered by whale market manipulation. Meanwhile, ETH's leveraged positions seem to be dominating the list of top gainers and top losers on Decoin.

ETH’s X (-5) leverage position is currently leading the charts and is trading at $1716.17 after rallying by 48.37% in the last 24 hours. It represents the potential gains that traders would have made or made during the ongoing price dip.

Ethereum was one of the prime candidates for a leveraged short position given that it had previously registered significant gains and was ripe for a market correction. On the other hand, ETH is also leading in the list of top losers as its 5X leveraged position has so far tanked by 86.91% and is trading at $108.17. This is likely because many traders had executed long positions on ETH courtesy of the favorable outlook from analysts but they ended up being liquidated. 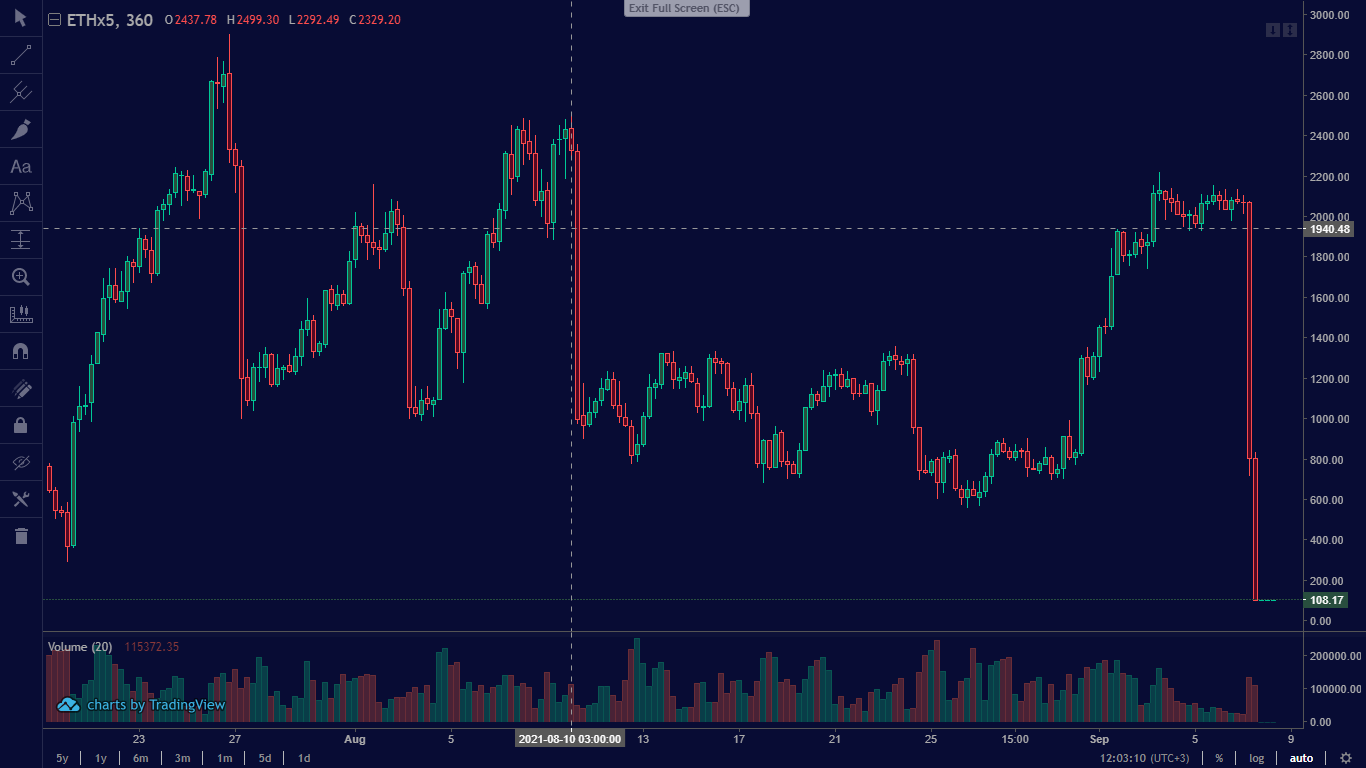 Why is ETH topping the charts?

Leveraged positions are powerful price movers and are often responsible for the immense price movements that take place especially during massive price surges. For example, leveraged long positions get liquidated when the underlying asset starts falling and the liquidation leads to more selling which contributes to more downward pressure. In such cases, the trader’s losses are inflated.

Similarly, leveraged short positions further push down the price because they increase the selling pressure while multiplying the trader’s potential earnings. This is the case with Ethereum shorts this week and it explains why ETH is leading the top gainers and top losers charts on Decoin. However, such positions may also work against traders when the price moves up, leading to a short squeeze where traders are forced to buy more to cover their positions or risk liquidation.

The recent massive dip in ETH's price action is the result of massive selloffs after Bitcoin unexpectedly tanked contrary to the expectation that it would rally due to buying pressure after El Salvador made it legal tender. There were also a lot of upside expectations with many analysts eying the $100,000 price target. However, those expectations and the timing with El Salvador's recent move on Bitcoin presented an opportunity for the whales to dump their crypto on the market, thus pushing down prices significantly. Unfortunately, Bitcoin's dominance is still a thing and so the altcoins tend to follow BTC's price action, thus explaining why the market is in the red today.

What the price dip means for the market

The recent price dip in ETH's price is likely a temporary situation and a recovery will likely take place within the next few days as the whales buy back at discounted prices. Now is a good time for the rest of the market to accumulate before the next rally but traders should still exercise caution considering the market’s highly volatile nature. Meanwhile, caution is advised especially for leveraged traders. Just because the market dipped, does not mean the dip is over.