Bitcoin traded at $45,062 at the time of this press after tanking by 6.51% in the last 24 hours but it is up by 1.29% in the last 7 days. The cryptocurrency has so far failed to live up to the expectation of recovery towards $50,000 and has instead turned bearish. 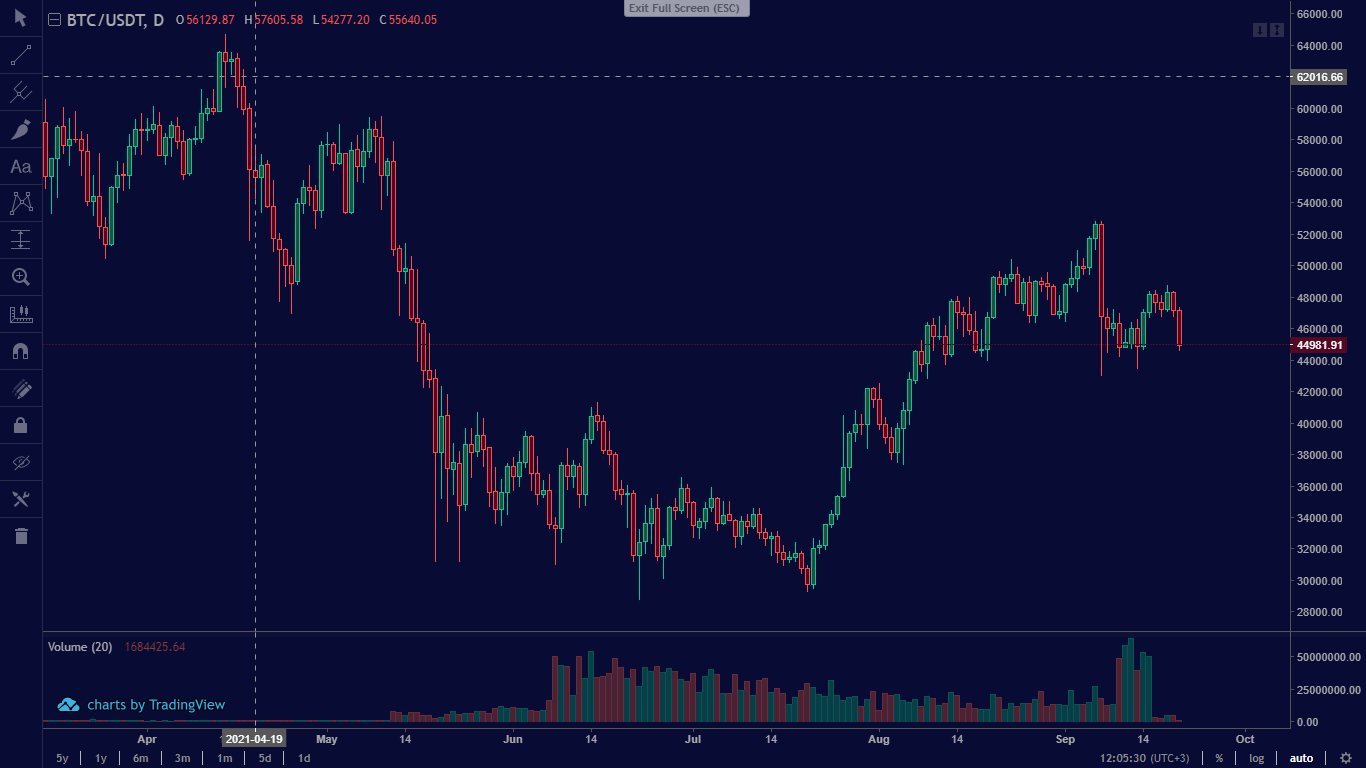 BTC is expected to test strong support at $43,000 and $37,500 if it maintains its bearish trajectory but a bullish recovery is also possible, in which case it would test support near the $50,000 price level. Bitcoin’s long-term outlook is still bullish as institutional and retail demand continues to grow.

ETH has also experienced a significant pullback in the last few days. It traded at $3,158 which represents an 8% decline in the last 24 hours at the time of this press and a 1.94% drop in the last 7 days. ETH attempted some recovery after the crash that took place in the first week of September, but it has so far dropped from a weekly high of $3,673. 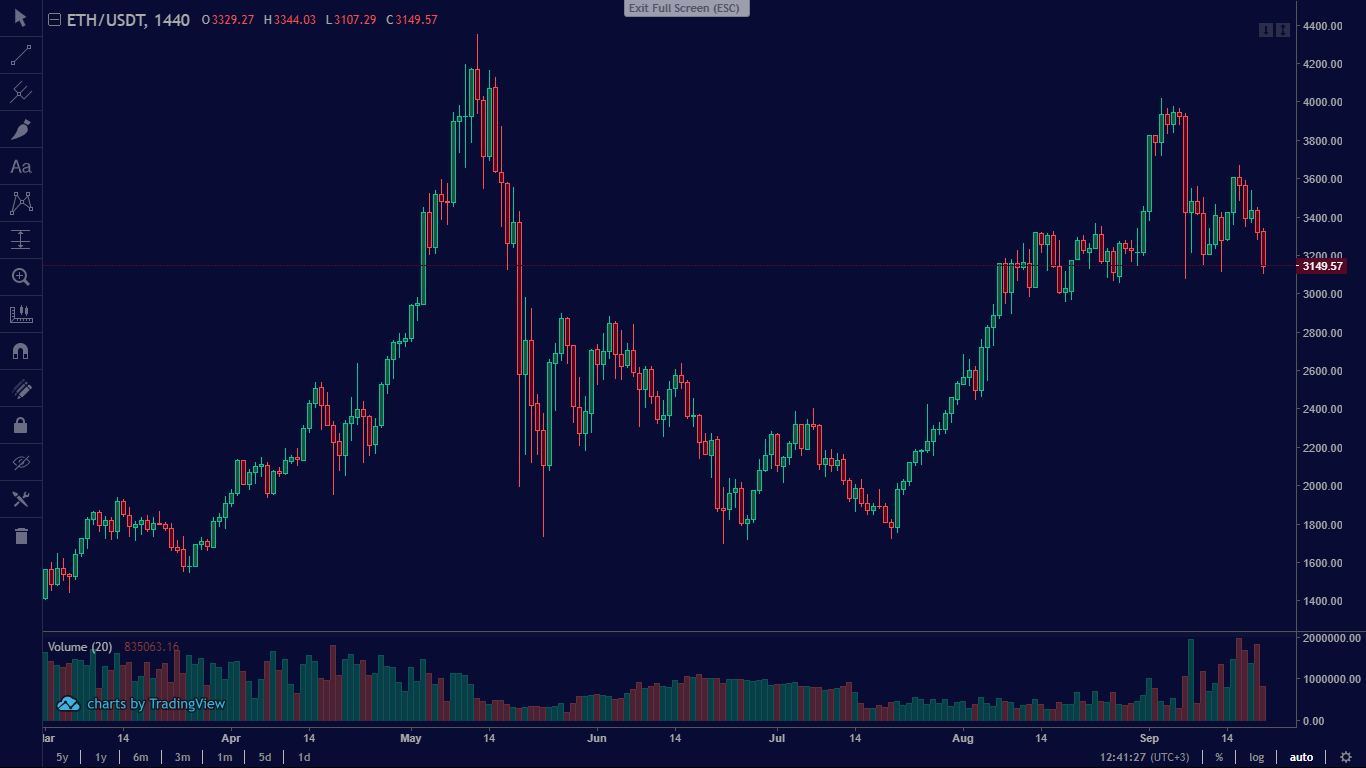 Its current price action is rapidly approaching the next major support level at $3,000 which it might test soon if the bears remain in control.

Cardano’s native cryptocurrency traded at $2.14 at the time of this press after tanking by 9.83% in the last 24 hours while extending its weekly losses to 10.63%. ADAs’s bears have been dominant since last week's market crash which was so strong that it prevented the cryptocurrency from rallying during the launch of its smart contracts. 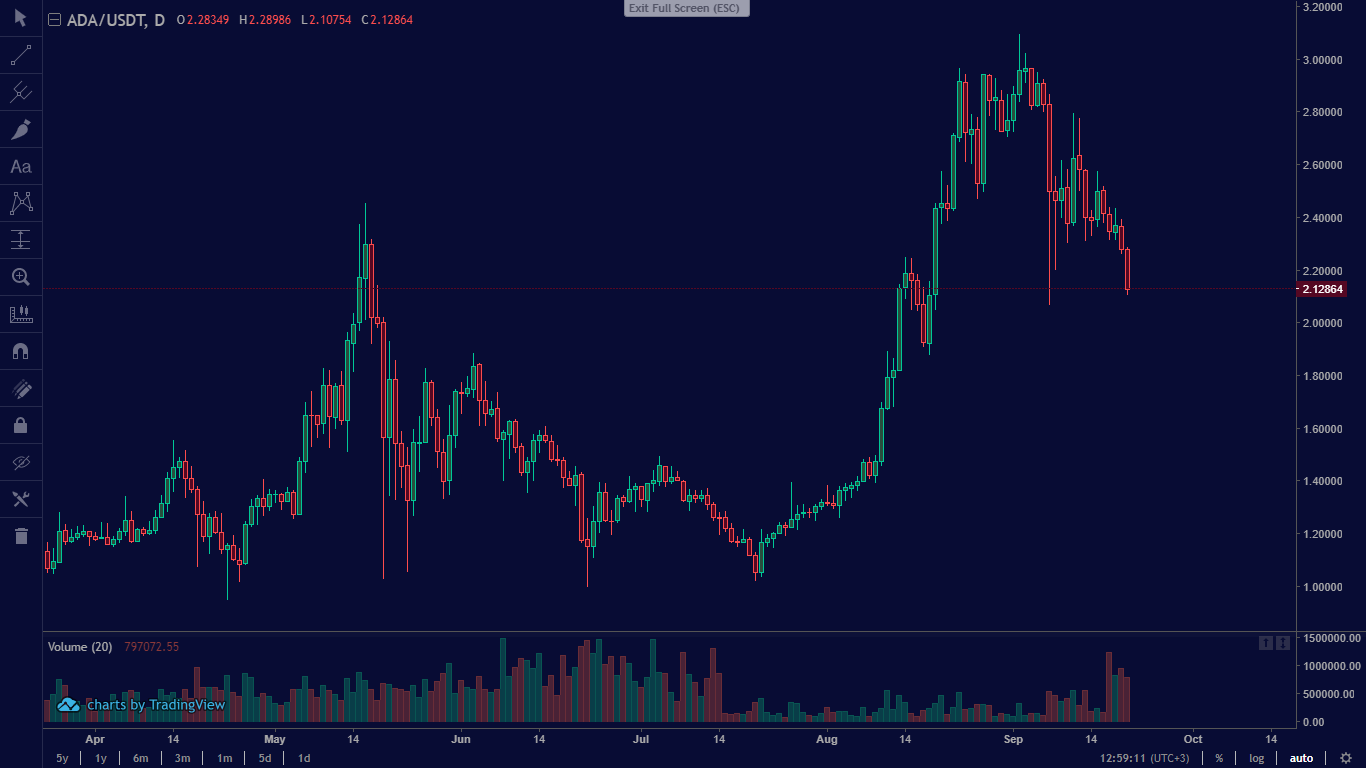 Cardano’s smart contract integration will open the door for many DeFi projects to launch on its network and this will have a significant impact on the value of ADA in the long run.

Ripple’s cryptocurrency XRP has reverted below the $1 price level courtesy of the ongoing market dip. It traded at $0.96 after a 10.10% loss in the last 24 hours at the time of this press, thus extending its weekly decline by 8.01%. 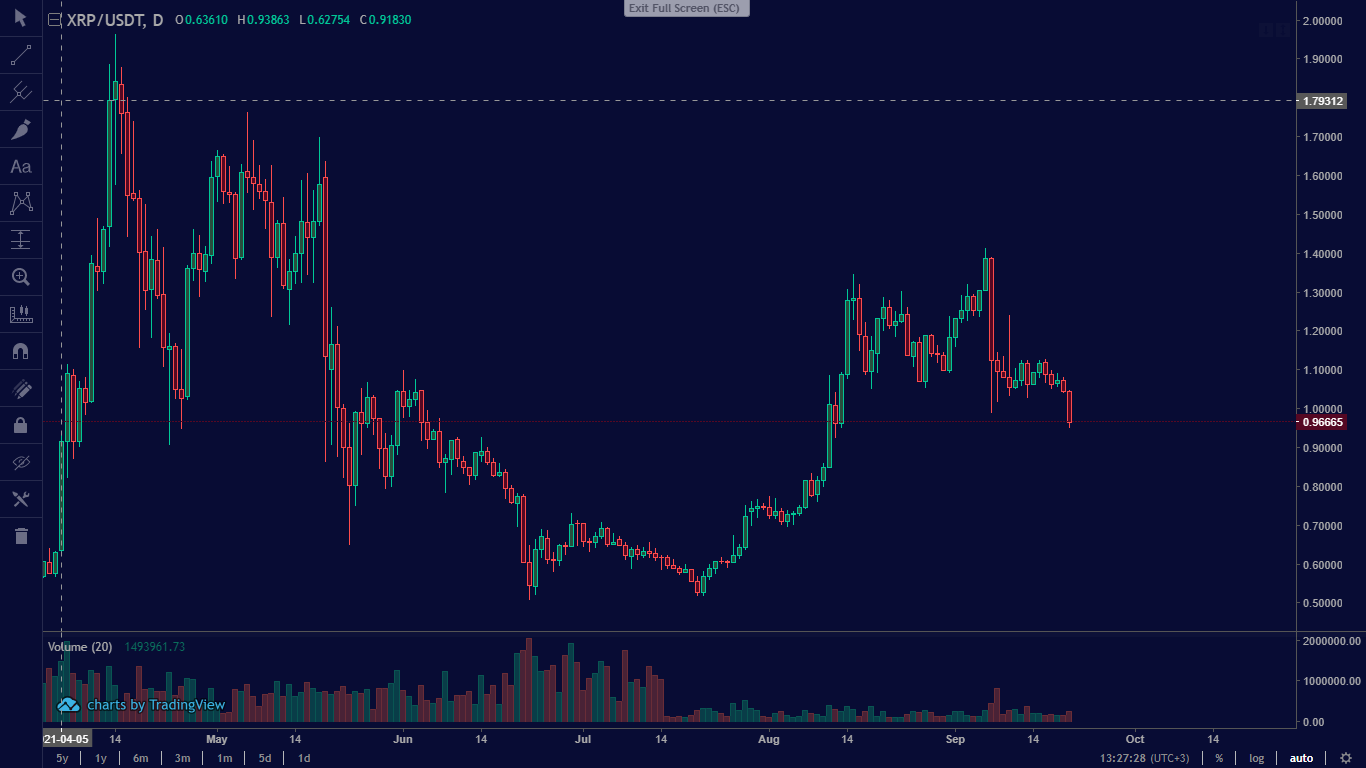 XRP turned bullish during the last market recovery which allowed it to soar back above $1 and as high as $1.41. However, its performance was curtailed by the uncertainties regarding Ripple’s lawsuit with the SEC. Ripple’s team recently revealed that it does not intend to settle with the U.S regulator, suggesting that they are confident the outcome of the legal battle will be favorable.

The cryptocurrency market is currently experiencing a cool down hence the declining crypto prices. Some analysts expected the latest bull run to end towards the end of September and perhaps the current price drop reflects those expectations. If that is the case, then we might continue to see some more downside but this is not necessarily a bad thing for the market. Discounted prices present an opportunity for better entry points.