Crypto Stuck In Ranging Market And What To Expect In October

September has so far lived up to its potential as a bearish month for the cryptocurrency market with most of the top coins demonstrating a ranging performance. So much so that positive news has barely had any bullish impact on price action. Here's a recap of how some of the leading cryptocurrencies have performed in the last 7 days.

Bitcoin has recovered some of the value that it lost last week on Tuesday when it dipped as low as $39,665, a price level that was previously seen in the first week of August. Despite its recovery, it has struggled to rally back above $45,000 and is currently trading at $43,808 which represents a 24-hour gain of roughly 1.3% and a weekly loss of 1.79%. 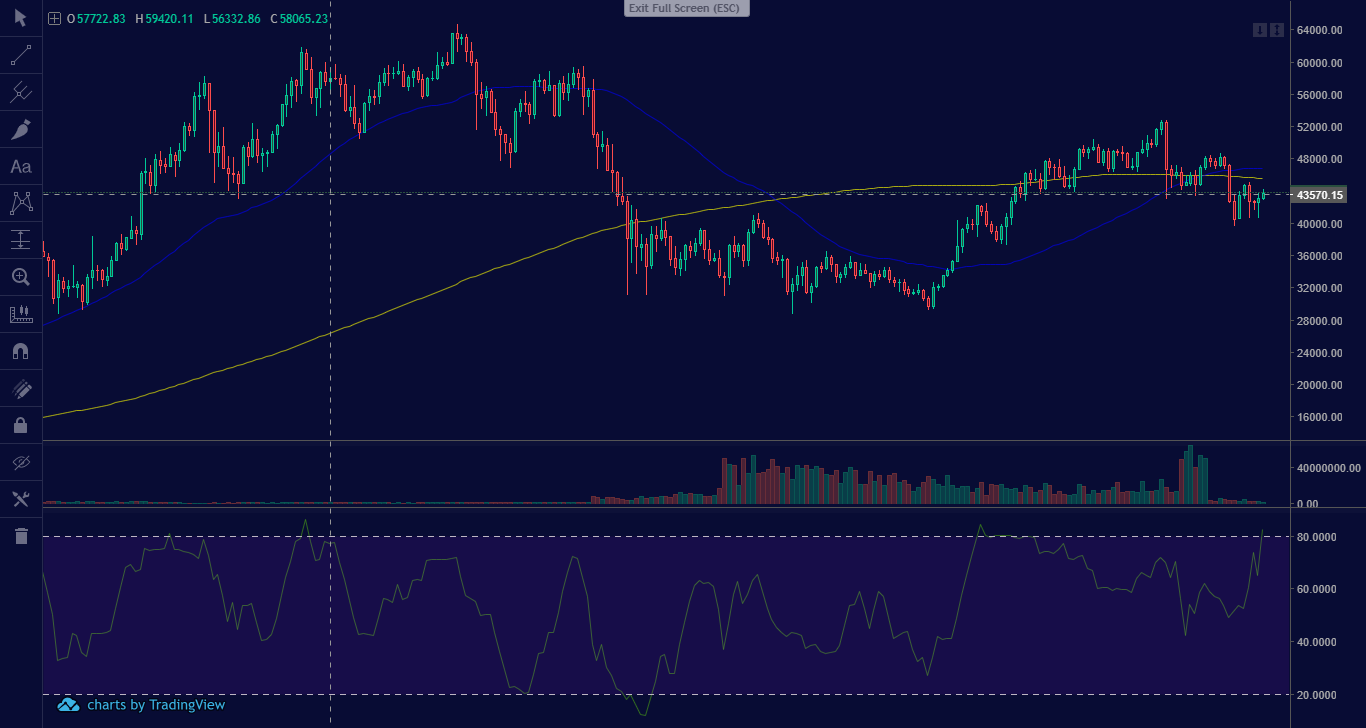 There has been some FUD-inducing news such as China completely banning cryptocurrencies but on the other hand, there has also been positive news about crypto adoption. This includes favorable comments by Galaxy Digital CEO, Mike Novogratz who recently revealed that a lot of capital is flowing into Bitcoin. He also expressed confidence in Bitcoin's future.

Uniswap’s native token UNI is currently one of the top gainers in the top 50 cryptocurrency list after rallying by 10.48% in the last 24 hours, thus contributing to weekly gains of 7.89% at its current price which is $24.50. 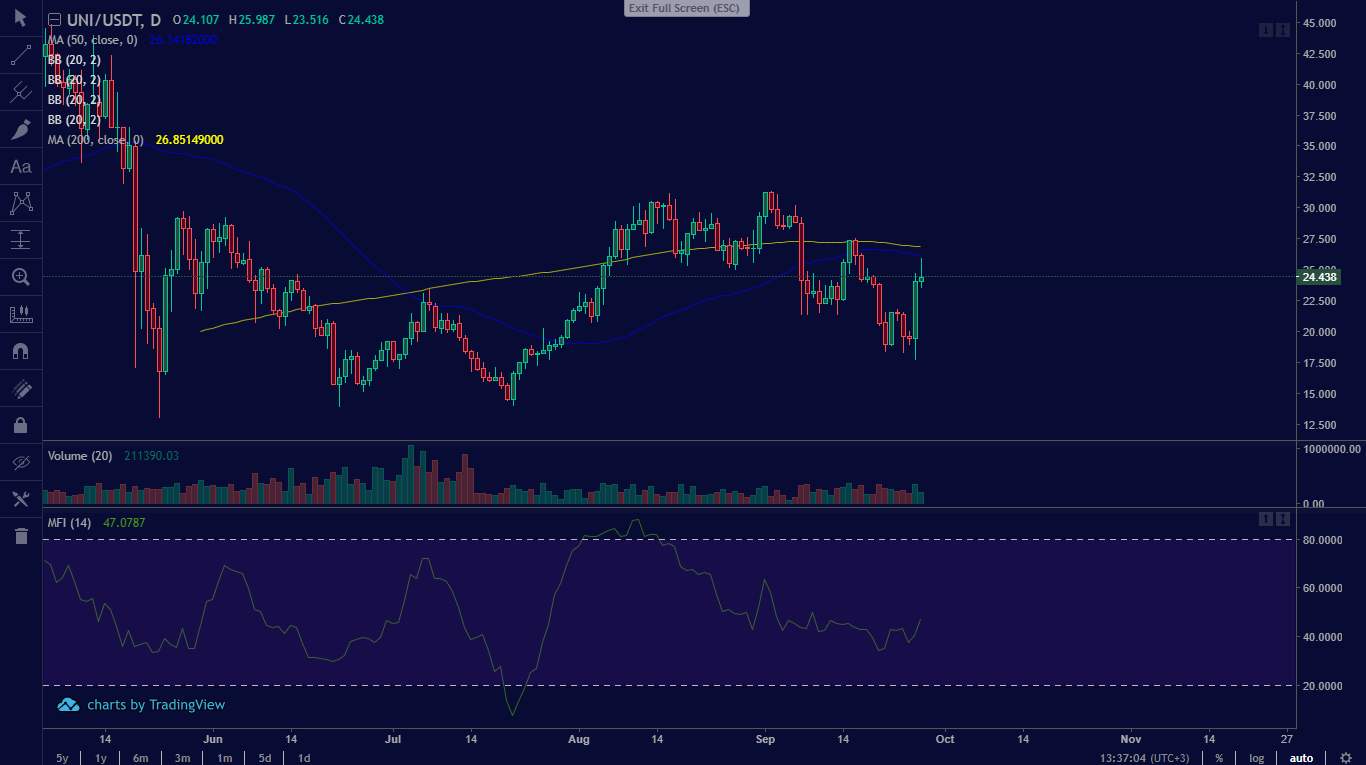 UNI’s impressive price pump in the last 24 hours is courtesy of a strong recovery after its bearish performance in the last two weeks. Its previous bearishness was due to FUD over China's stance on cryptocurrency and the Evergrande housing crisis. Fear of a potentially massive crypto collapse had a major negative impact on investor confidence.

Tezos’ native cryptocurrency XTZ is currently among the best weekly performers in the crypto market after rallying by 14.04% in the last 7 days and is currently trading at $6.48. However, its 24-hour performance is down by 2.59%, suggesting that the retracement might be due to investors taking profit after the recent rally. This is reflected in the increased selling volume before it could reach the overbought zone. 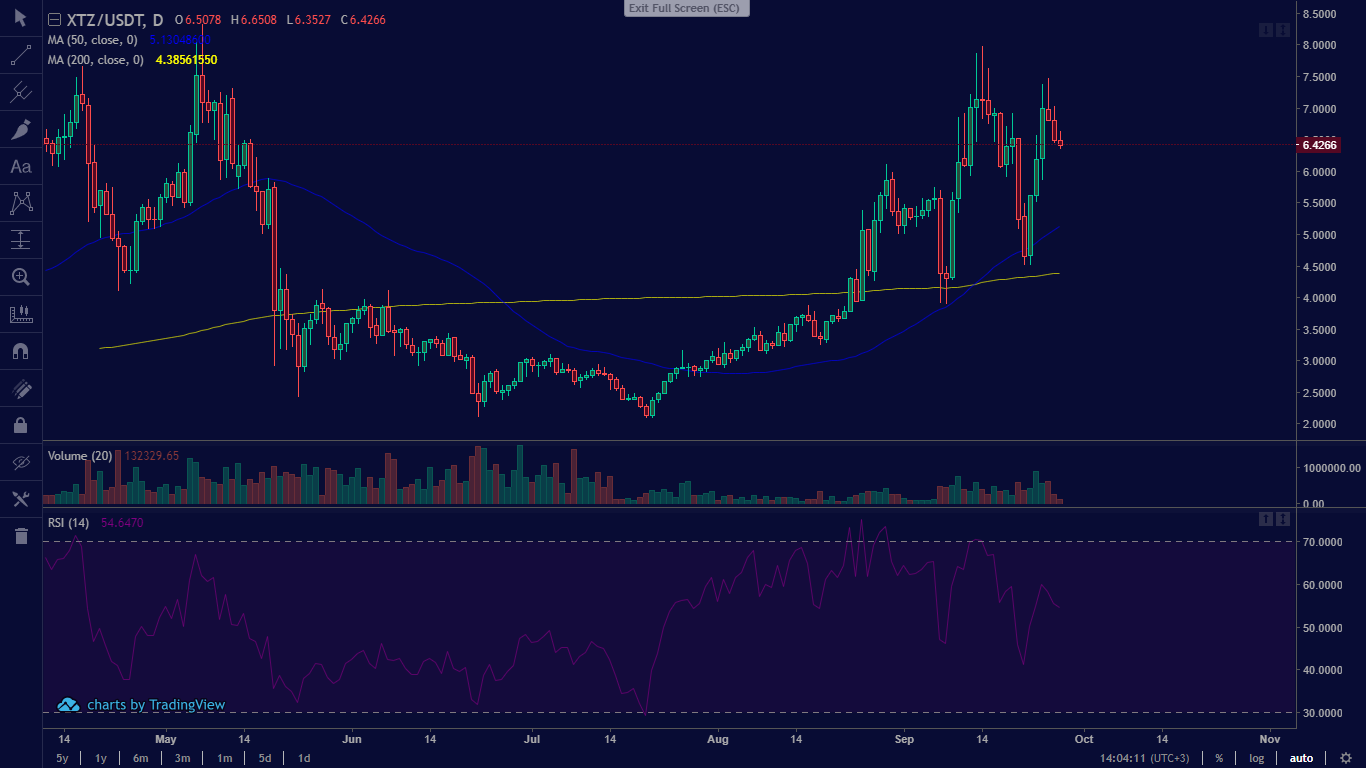 XTZ has performed quite well in the last three months backed by strong adoption and developments aimed at making the platform more attractive to DeFi. The NFT craze has been favorable to the blockchain although Tezos still looks promising even at its current price range courtesy of the rapid adoption rate across the world. Some of the adoption highlights include being adopted by a branch of the French military, being selected to host a DAO developed by Reno Nevada, and potential adoption by telecom companies and South Korea's national police.

Cardano has been receiving a lot of attention lately thanks to major upgrades such as the smart contract integration and the Cardano Summit which took place this past weekend. However, those events barely had an impact on ADA’s performance largely due to the unfavorable macro factors that fueled FUD in the last few weeks. ADA is currently trading at $2.23 after slipping by 0.39% in the last 24 hours although it is up by 4.21% in the last 7 days. 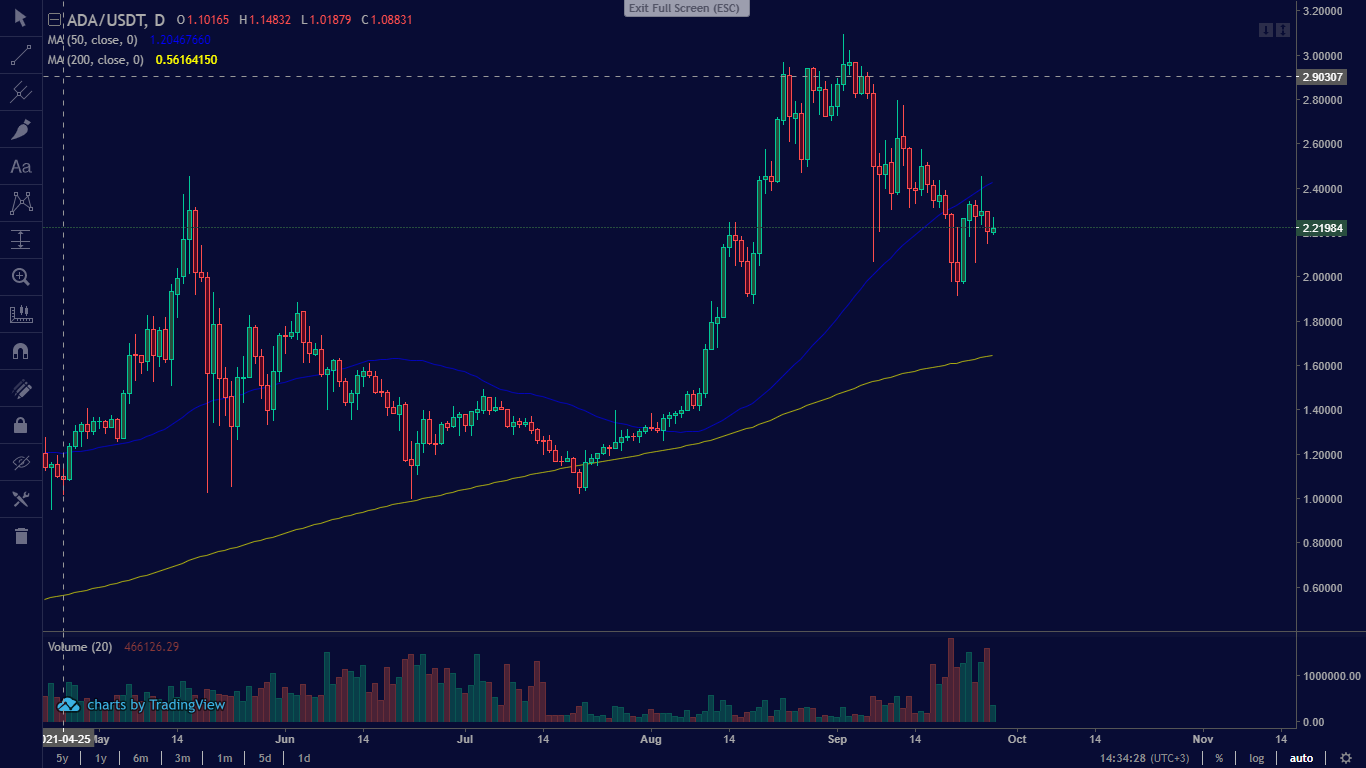 ADA might have a significant upside if the macro factors will be favorable in the next few weeks. Its long-term outlook is favorable as it rapidly onboards projects, now that it supports smart contracts.