Crypto Market Recap: What The Fear And Greed Index Says About The Market’s Current State

Fear and greed play a significant impact on price movements in the markets and this is true for the crypto market. The bullish rally that took place in the last few weeks, especially in October was characterized by high levels of greed, as many expected to take advantage of crypto prices. The index is currently leaning towards greed and here is a recap of the three top coins, as well as the potential impact based on the fear and greed index.

BTC traded at $66,025 at the time of this press after rallying by 2.67% in the last 24 hours but its 7-day performance was still down by 0.28%.  It registered a significant bullish performance during the weekend after trading as low as $62,186 on Friday. 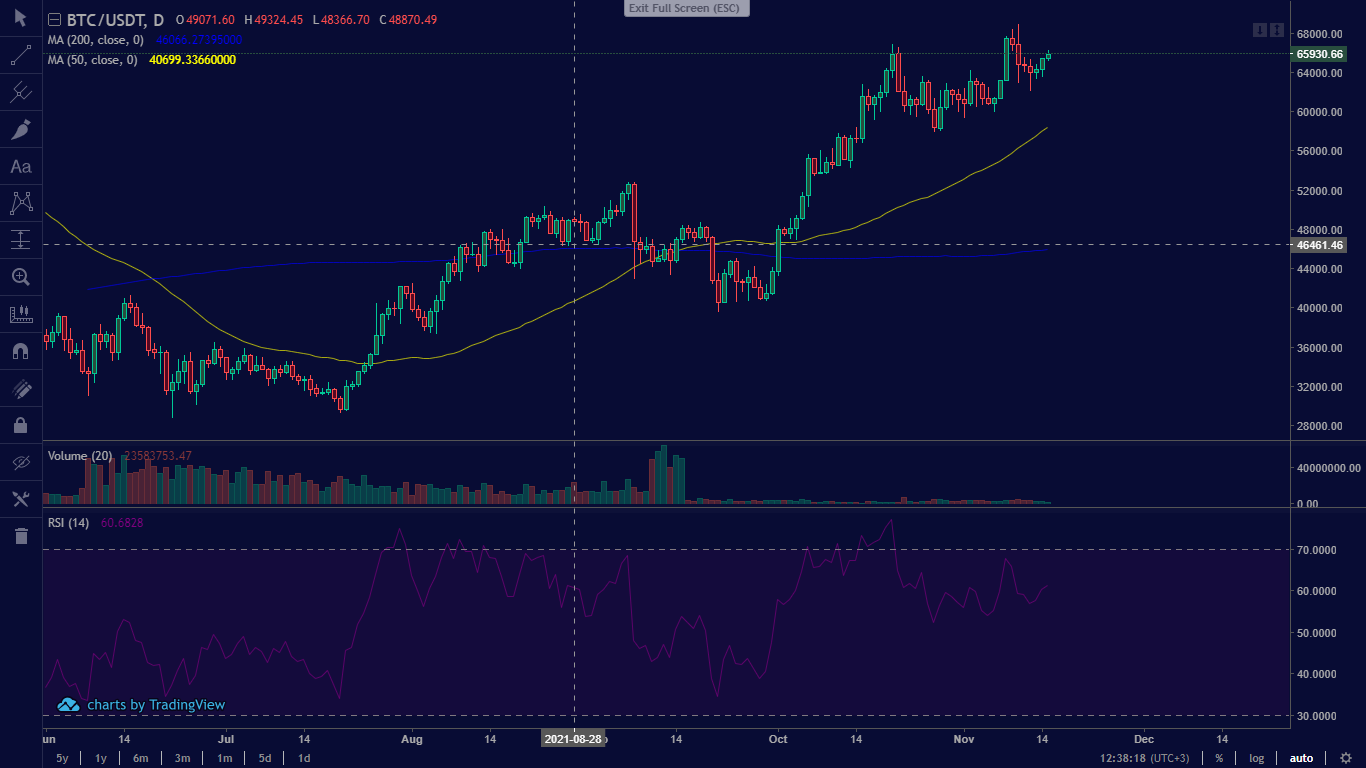 From a technical point of view, BTC’s current performance might have more room for some upside based on the fact that it is not oversold according to the RSI. Its uptick during the weekend was not supported by a huge volume upsurge, suggesting the absence of institutional and whale activity. This means the rally was supported by retail buyers. High levels of greed with the expectation that BTC will go up might pave the way for some short-term selling which may pull down the price of Bitcoin before another substantial rally.

Ethereum remains the most dominant smart contract blockchain and has so far gone through major developments this year. The merge that will mark the transition from Proof of work to proof of stake is expected to take place sometime soon, combined with a triple halving that will have an impact on ETH's supply. These factors, combined with the deflationary ETH burns, will have a positive impact on the price of the native cryptocurrency. 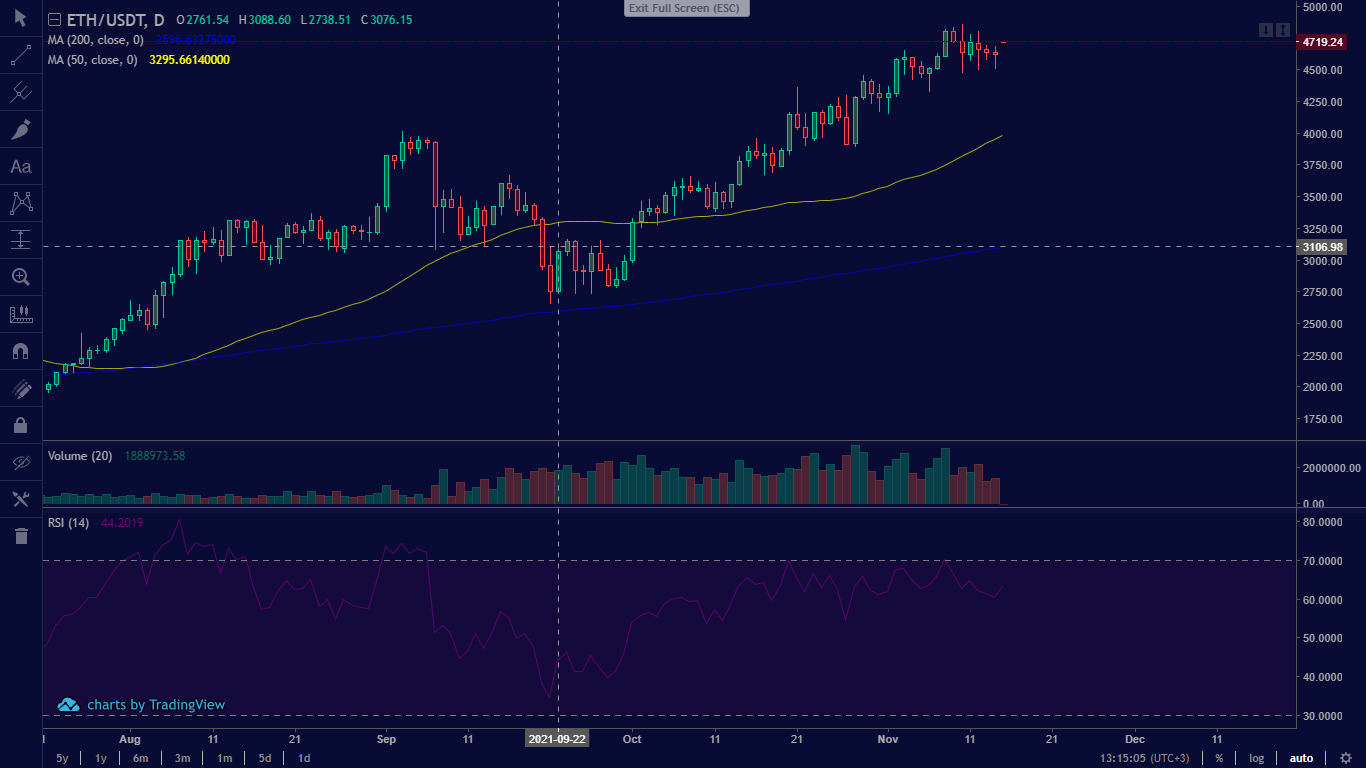 The amount of ETH locked up in staking pools and smart contracts means a limited amount is available in exchanges. This combined with strong demand especially from institutional investors and whales highlights a lot of upside for ETH.

BNB has so far registered a strong bullish performance in the first half of November. It is currently trading at $646 after a 1.26% rally in the last 24 hours and it is up by 1.46% in the last 7 days.  It partly owes its impressive run due to the demand for BNB for staking for various cryptocurrencies in its staking and liquidity pool programs, as well as its Launchpad. 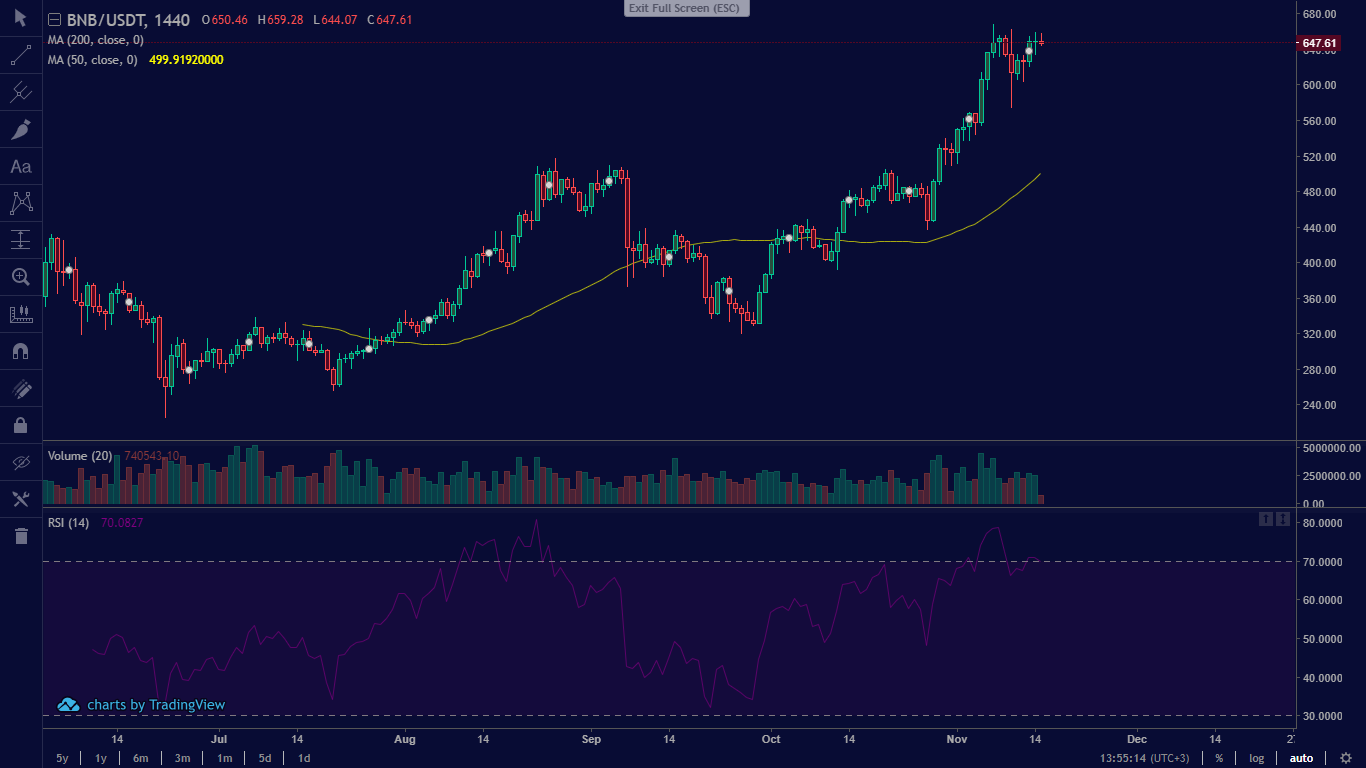 BNB is due for a correction given that its price action has been so bullish in the last few weeks and the fact that it is already oversold according to the RSI. A lot of BNB will likely be sold on Tuesday at the end of an ongoing fan token launch. It might find structural support near the $500 price level if another pullback occurs.