It is now more than a week since the cryptocurrency market experienced a massive selloff in the first week of December. The market has since then leaned towards the side of fear after traders realized that their hopes of a massive bull run towards the end of the year have diminished. However, there is a non-zero possibility that the market might close the year on another major uptick. While that is yet to happen, let's look at how some of the top cryptocurrencies have performed in the last 7 days.

BTC is currently stuck in a ranging market after failing to retain its momentum above $50,000 and has instead slid below that key price level due to the lack of a significant catalyst. It is currently trading at $48,683 which represents a 2.58% gain in the last 7 days and a 0.27% decline in the last 24 hours at the time of this press. 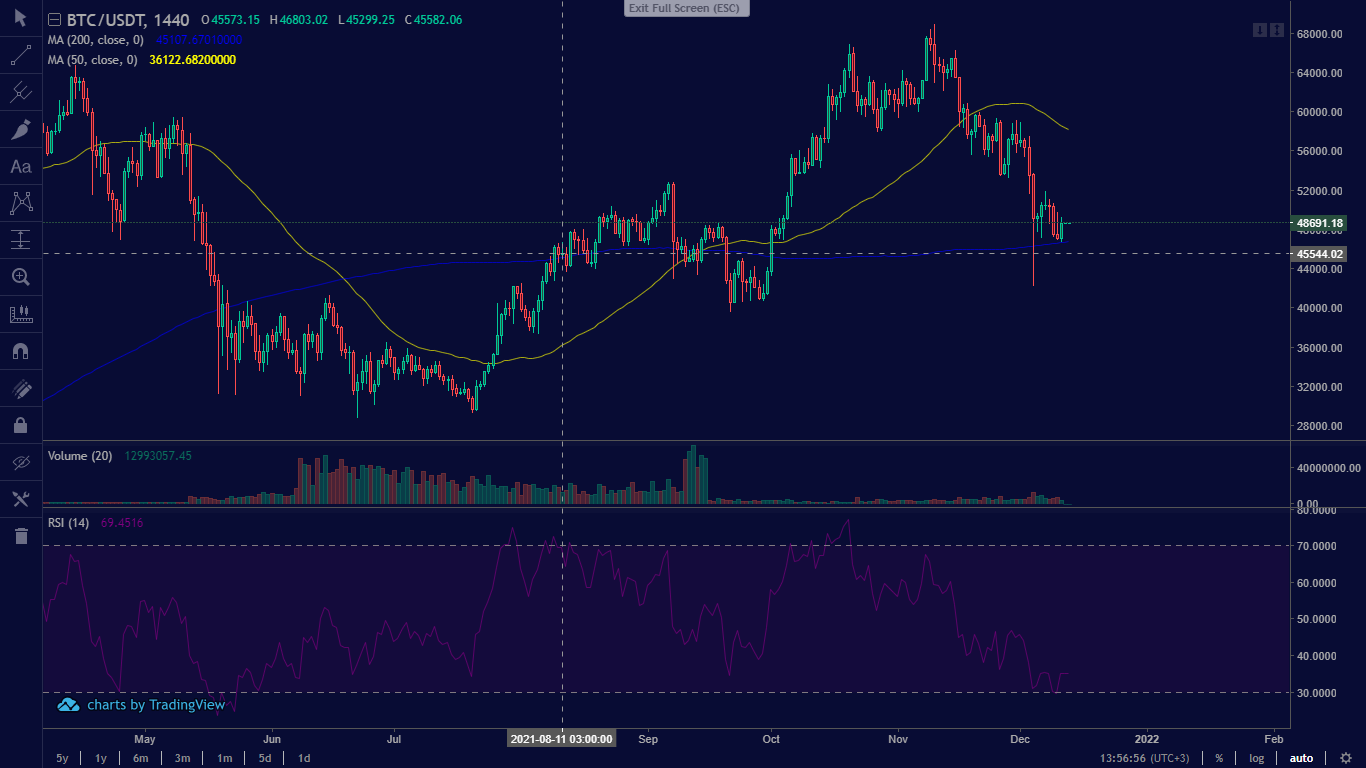 BTC’s current price tag is around the midpoint level between its previous all-time high and its July lows. Meanwhile, the RSI recently bounced back from the oversold zone and BTC’s price has also crossed back above its 200-day moving average. 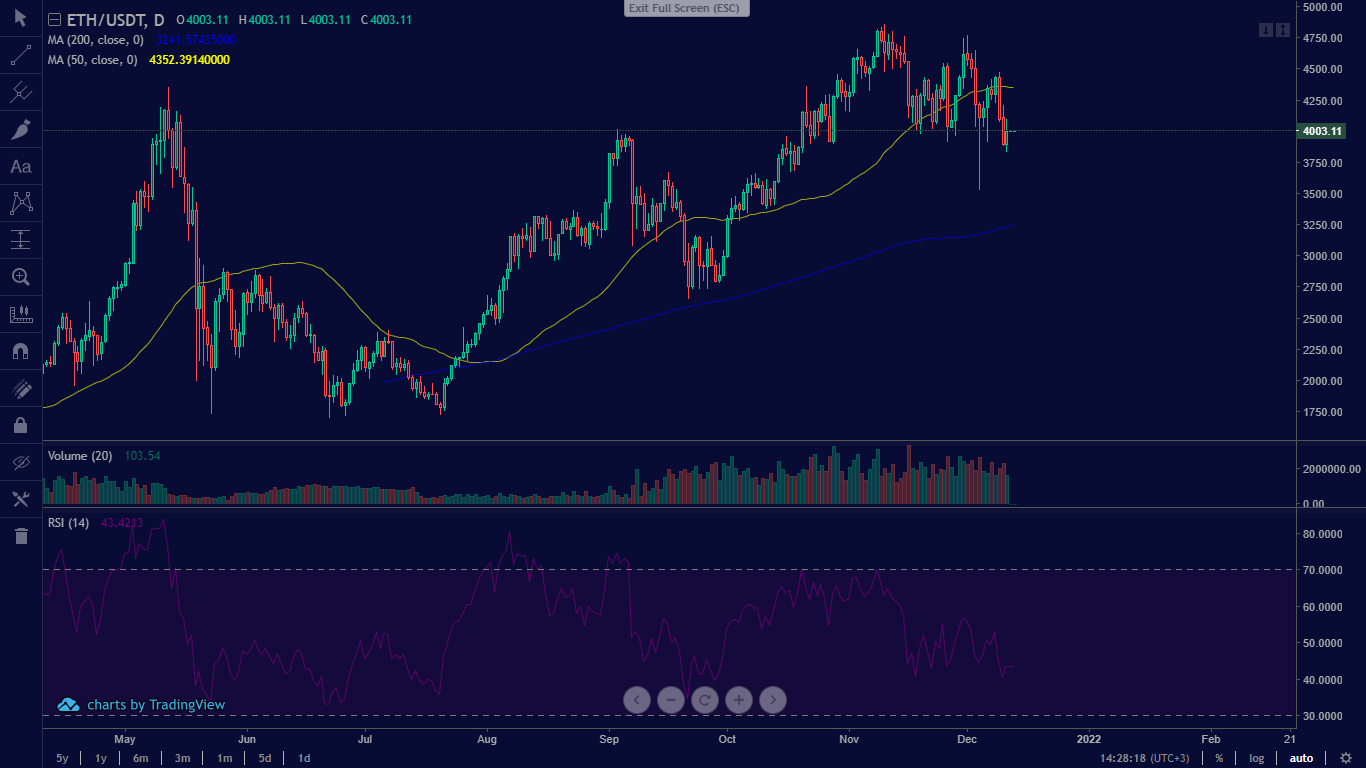 ETH had a healthy recovery after the drop last week which pushed it below $3600. It is still not oversold at its current price, but the buying volume after it dropped suggests that many investors saw an opportunity to get in at lower prices.

ADA has truly favored the bears in Q4 as indicated by its continued downside and its inability to achieve a notable recovery while other cryptocurrencies have bounced back significantly after the recent dip. Despite its underperformance, it has achieved a slight recovery after rallying by 4.25% in the last 7 days, and it is currently down by 2.02% in the last 24 hours. ADA is presently trading at $1.31 which is a long way from its previous all-time high of $3.09. 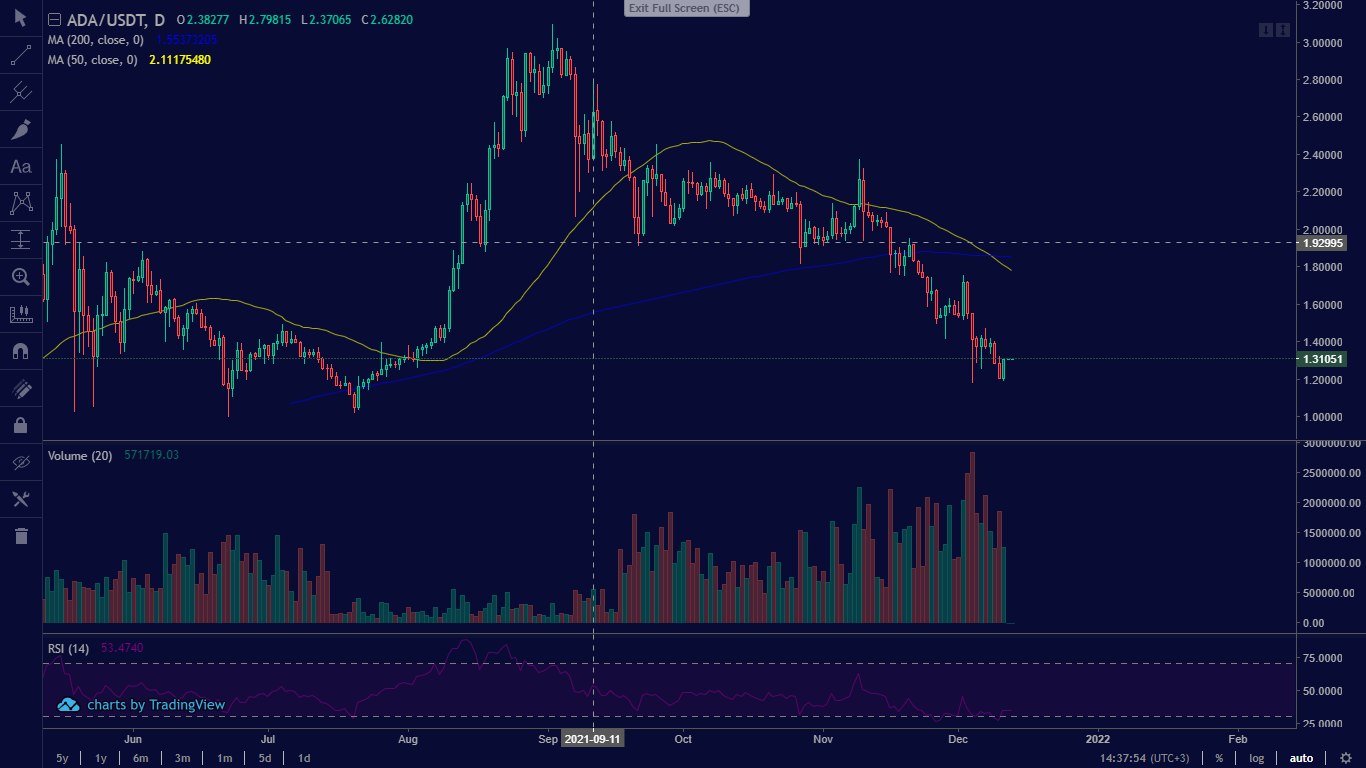 ADA’s price action has so far formed a death cross now that its 50-day moving average has crossed below its 200-day moving average. This reflects the lack of confidence in the cryptocurrency, courtesy of its continuous decline. It also highlights the potential for more downside.

SOL has been one of the best performing blockchains this year and this is reflected in the price of SOL which reached an ATH of $260 a few weeks ago but it has since then dropped and is currently trading at $167. It is down by 5.58% in the last 7 days and 0.78% in the last 24 hours. 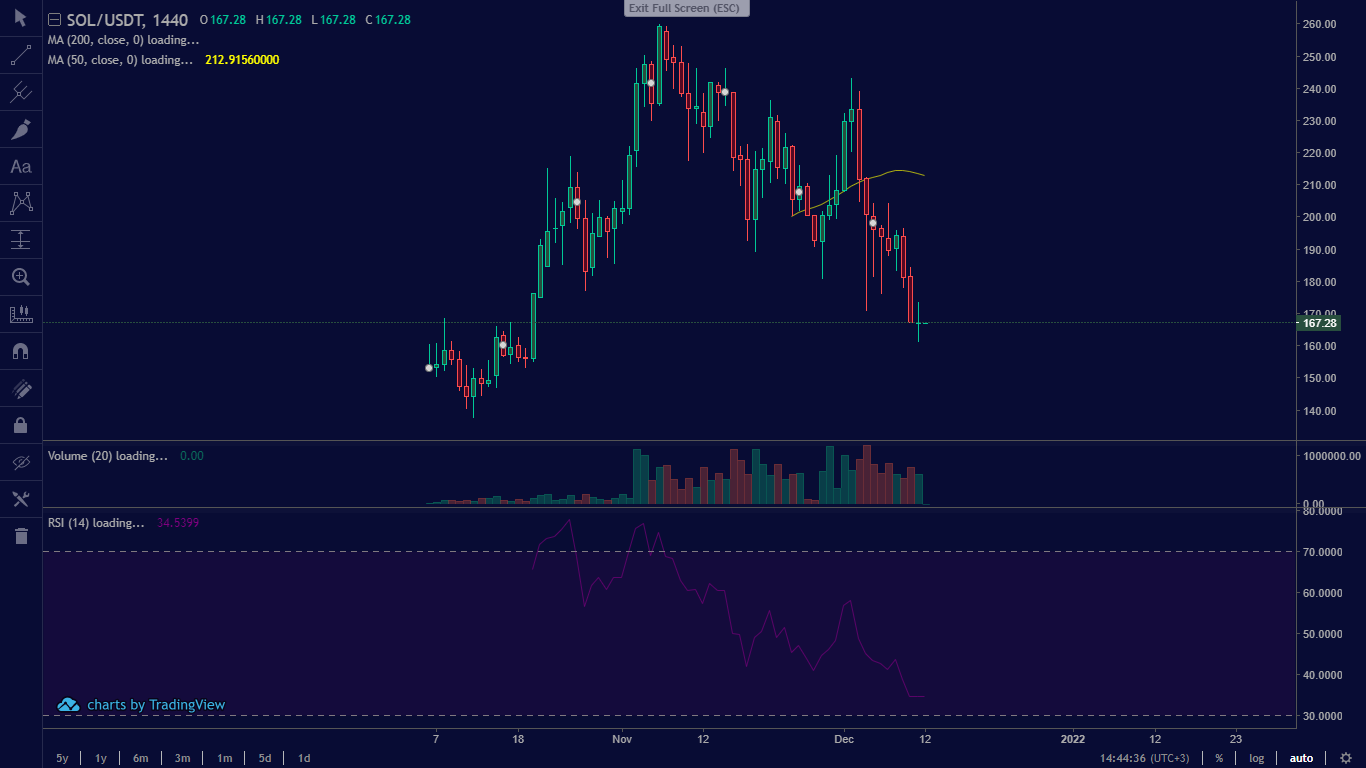 SOL will be in the oversold zone if it extends its decline in the next few days, but this also means it is currently at a discounted price level compared to its previous high. This is good news especially for those looking for a healthy entry point for long-term gains.