The year 2021 is coming to an end with a few days remaining and the global cryptocurrency market cap continues to extend its bearish run. If the trend continues, the market will not deliver a significant bull run before the end of the year, contrary to expectations. A reflection of the idea that the market tends to react opposite to expectations by the masses.

The global crypto market cap is down to $2.14 trillion after sustaining a 3.38% drop in the last 24 hours. Most of the top cryptocurrencies are in the red, but there are a few that have surprisingly been bullish. Meanwhile, the Fear and Greed index has drifted further into the fear territory, currently at 25 which is within the zone of extreme fear. Let's look at how some of the top coins have performed. 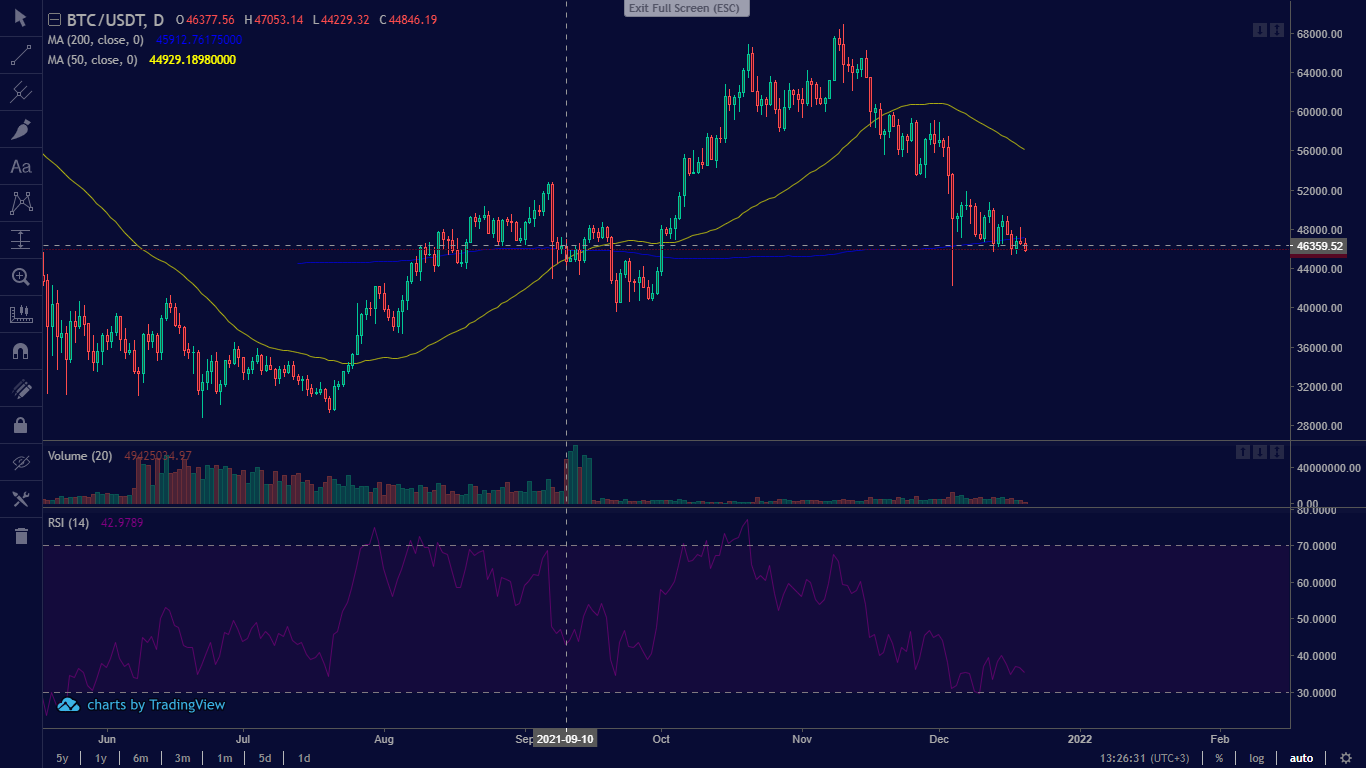 Bitcoin bulls pushed the price below its 200-day moving average once again, indicating the continued lack of confidence in the market as fear takes over. The RSI is currently at 36 and is hovering right above the oversold zone. 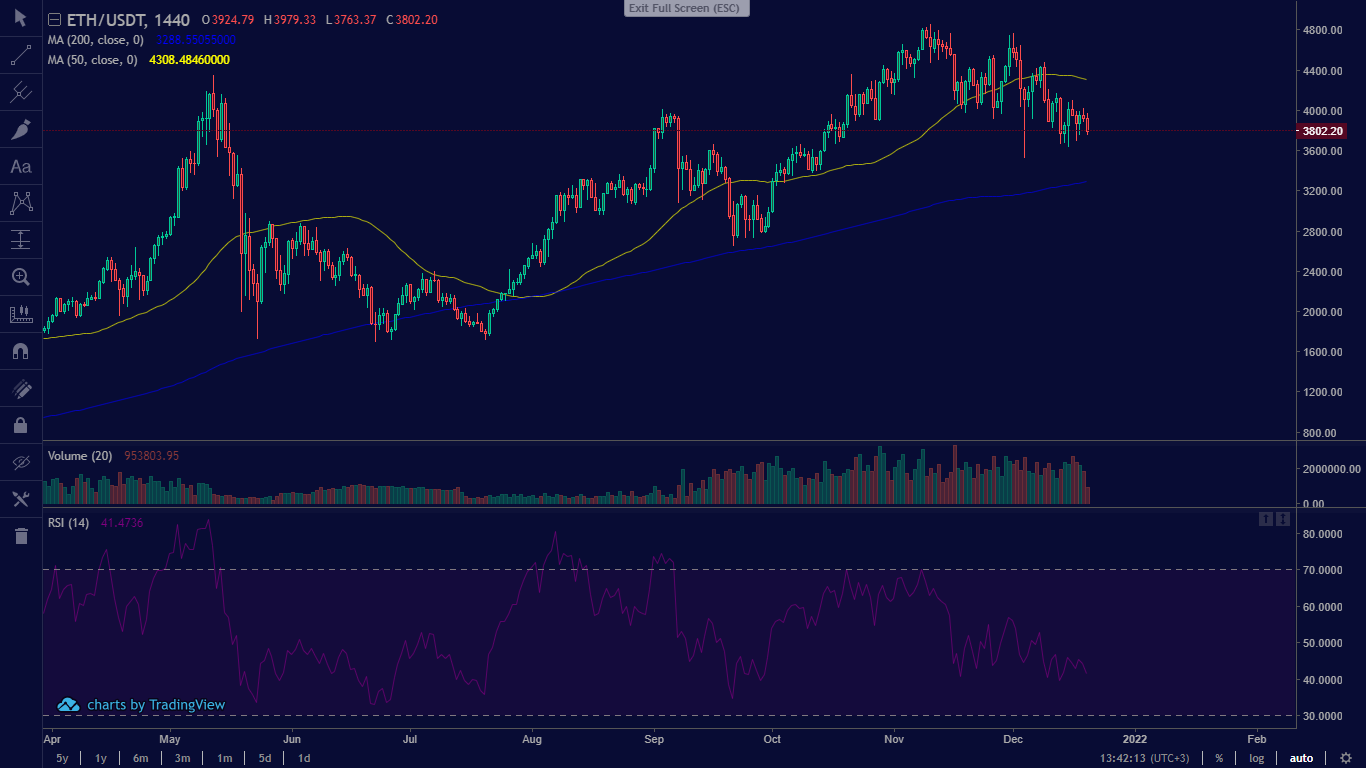 Despite its recent price drop, ETH is still not oversold according to the RSI which is currently at 42. The price has also managed to stay above the 200-day moving average. A further push to the downside should be characterized by structural support between $3,700 and $3,600.

Ripple’s XRP has registered a surprisingly bullish performance in the last few days despite the overall bearish conditions in the market. It is currently trading at $0.853 after rallying by 2.94% in the last 24 hours and 3.12% in the last 7 days. 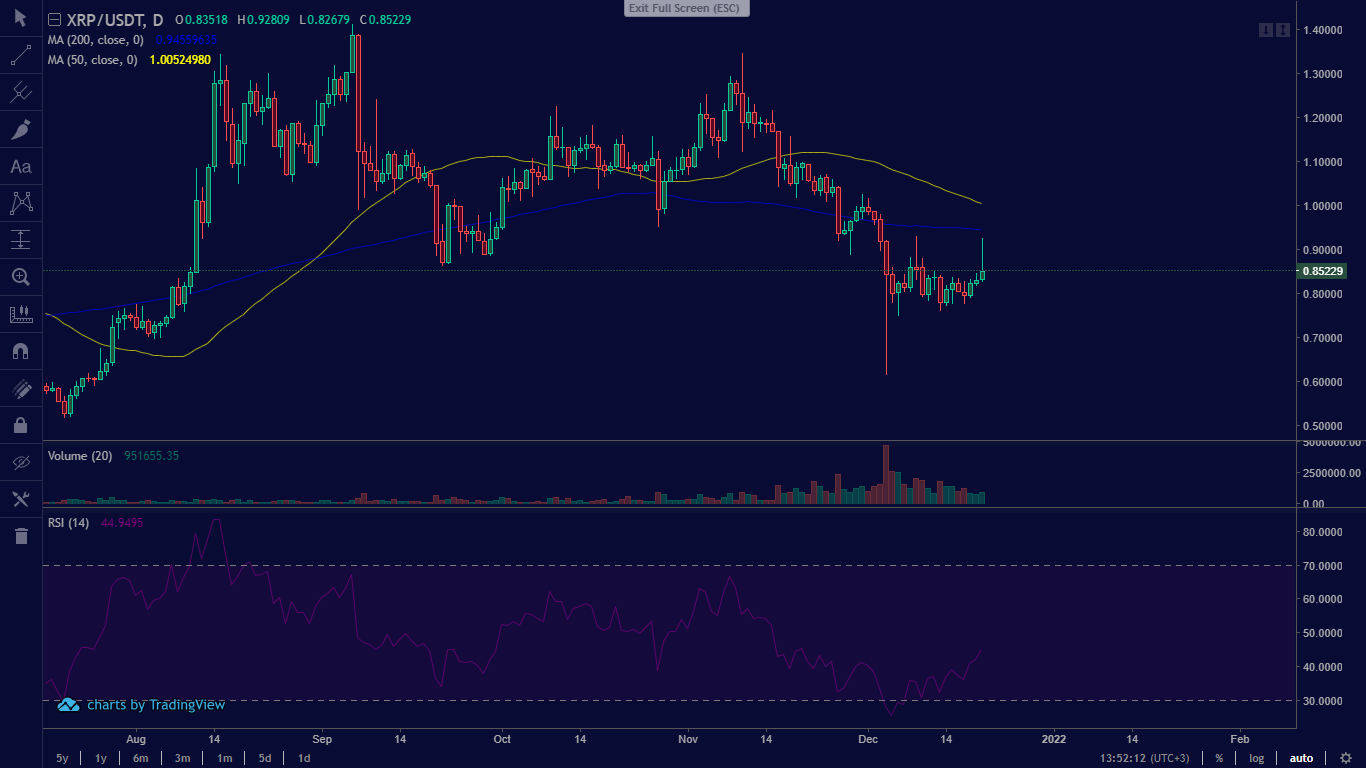 XRP registered a bullish performance during the weekend, rallying from below $0.80. It peaked at $0.92 during today’s trading session but has since then pulled back to its current price level. Another push to the upside might fuel its recovery above the 200-day moving average and its RSI indicator is currently at 42.

Solana’s native cryptocurrency SOL has so far managed to bounce back since the last recap during which it traded at around $155. It dropped to a low of $148 on Monday last week and has since then recovered. SOL is currently trading at $171.89 after losing some ground by 6.44% in the last 24 hours but despite that, it is still up by 3.05% in the last 7 days, highlighting its recovery from last week’s massive downside. 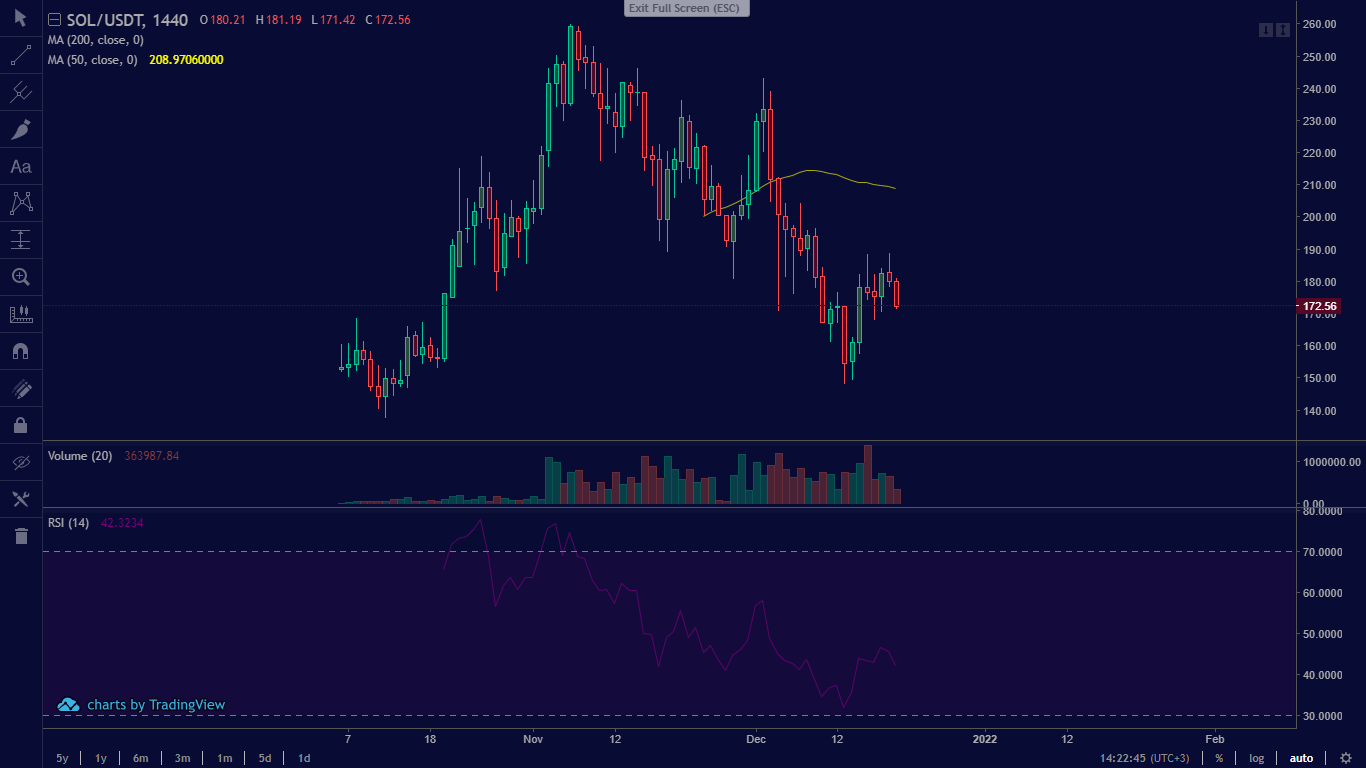 SOL's latest performance indicates that it is primed for a bounce back after a significant price discount. However, the overall bearish market conditions seem to be curtailing its rally attempts.