Algorand: A Layer 1 Alternative To Ethereum With Long Term Potential

Blockchain networks that support dapps have so far proved to be good opportunities for healthy long-term gains. Algorand is one of the layer one blockchains that are smart contract compatible, and hence they support dapps. It is one of the ideal alternatives for dapp developers who are looking for a less congested and more affordable network than Ethereum. 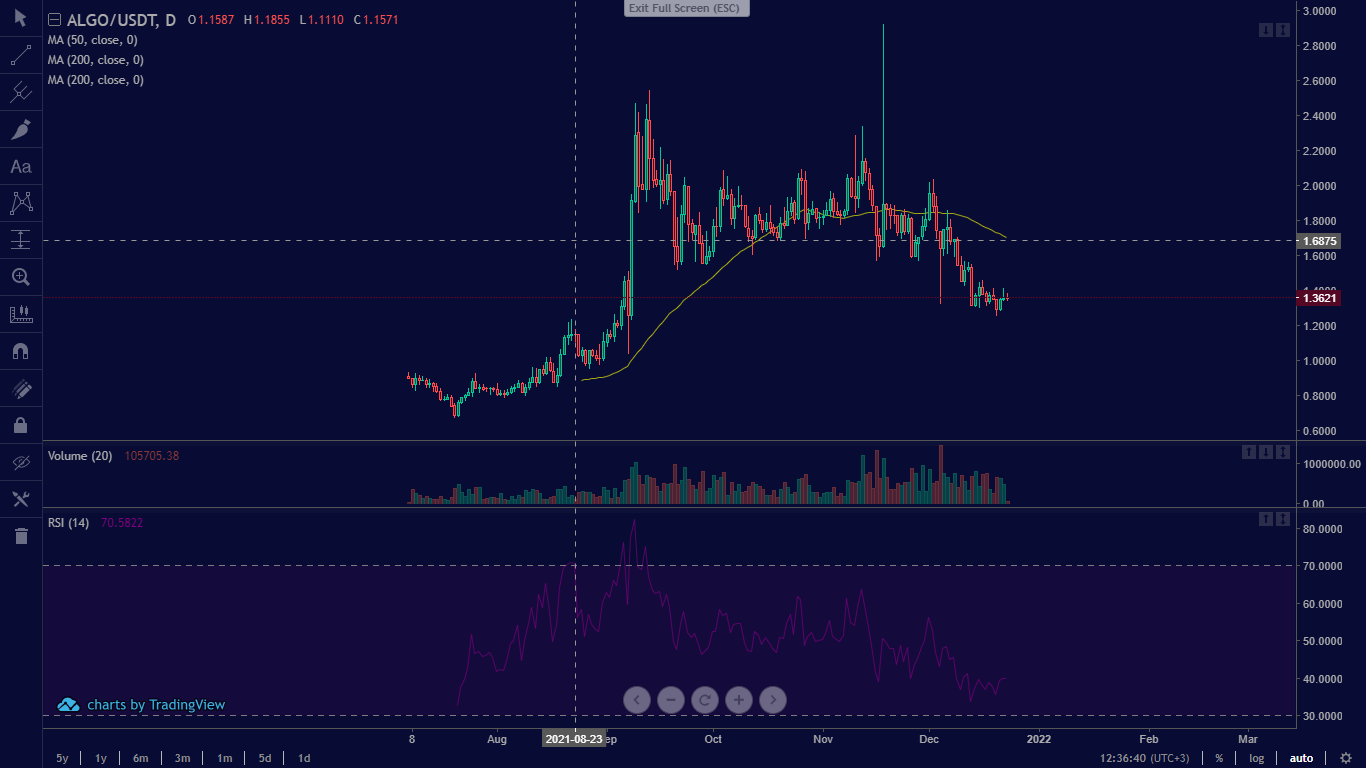 ALGO has been bearish for the last few weeks in line with the prevailing market conditions. It is currently trading below its 50-day moving average and is trading just above the oversold zone according to the RSI. The cryptocurrency should find structural support near the $1.22 price level in case of another push to the downside. This is because the same price level has previously been tested as a zone of resistance.

ALGO currently has a market cap of $8.6 billion which is relatively low especially compared to rival network Ethereum whose market cap is currently at $465 billion. The massive difference in market cap is because Ethereum had the first-mover advantage and has been around for significantly longer, but it also highlights the undervalued nature of ALGO. The latter is still underutilized and has a lot of potential to unlock.

ALGO can unlock that potential growth through mass adoption as it continues to adopt more dapp developers. The cost of rolling out decentralized apps is one of the factors hindering the development and adoption of WEB3. However, networks like Algorand can overcome some of the challenges that Ethereum has been facing, such as high fees, and transaction bottlenecks.

What areas are expected to drive Algorand’s growth?

Algorand positions itself as a blockchain on which other projects can roll out their tokens. For example, it supports a stablecoin called SOV which was adopted as legal tender in the Marshall Islands. Algorand is currently considered one of the most promising blockchains for supporting CBDCs courtesy of SOV’s success.

Another area that will likely provide more utility and demand for the ALGO token is the dapps segment. The scalability and hefty costs that developers have been facing with Ethereum have highlighted factors that developers should consider before deciding which network is optimally suited to support their dapps. Algorand happens to be on the list of blockchains being considered and this will translate to more adoption in the next few years.

Algorand also expects to tap into demand from other high-growth areas such as NFTs and the metaverse. As a smart-contract network, with higher TPS and lower transaction fees, it makes it ideal for these segments.