The cryptocurrency market has just concluded another week of bearish performance fueled by the prevailing uncertainty, especially with regards to the impact of the Ukraine war on the markets. Today is the last day of the month and the market sentiment according to the Fear and Greed index is still in extreme fear. This sentiment has been growing in the last 7 days and here is a look at how some of the top cryptocurrencies have performed during that time.

BTC is currently trading at $38,172.87 and the bears have prevailed in the last 24 hours, pushing it down by 1.74% at the time of this press. Its weekly performance is also bearish by 2.58%. Despite its current performance, BTC experienced a significant rally during mid-week which saw the price rally from a weekly low of $34,276 to a weekly high of $40,263. 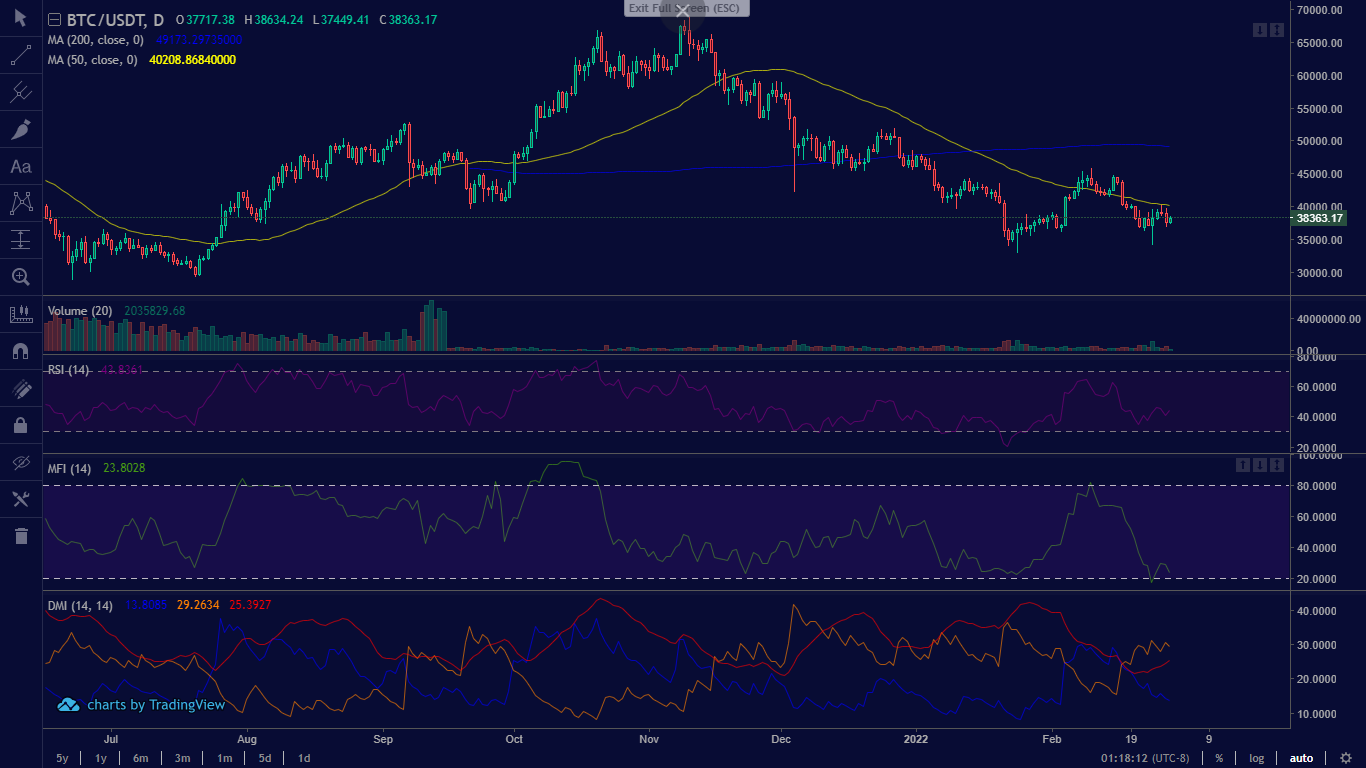 BTC was unable to climb back above the 50-day moving average despite the rally attempts, indicating the lack of enough bullish momentum. This correlates with the low buying pressure in the last few days due to the prevailing uncertainty in the markets. There was an uptick in the money flow indicator, reflecting some accumulation during the recent lows and the RSI has also registered an uptick since then. Bitcoin is expected to respect the support level between $38,000 and $36,000 unless another major FUD event occurs, fueling another crash.

ETH is currently trading at $2,624 after tanking by 4.30% in the last 24 hours and by 4.36% in the last 27 days. The cryptocurrency has struggled to recover above $3000 despite bullish attempts in mid-February. Its performance in the last week saw it fall as low as $2,301 before rallying to a weekly high of $2,877, after which it pulled back to current levels. 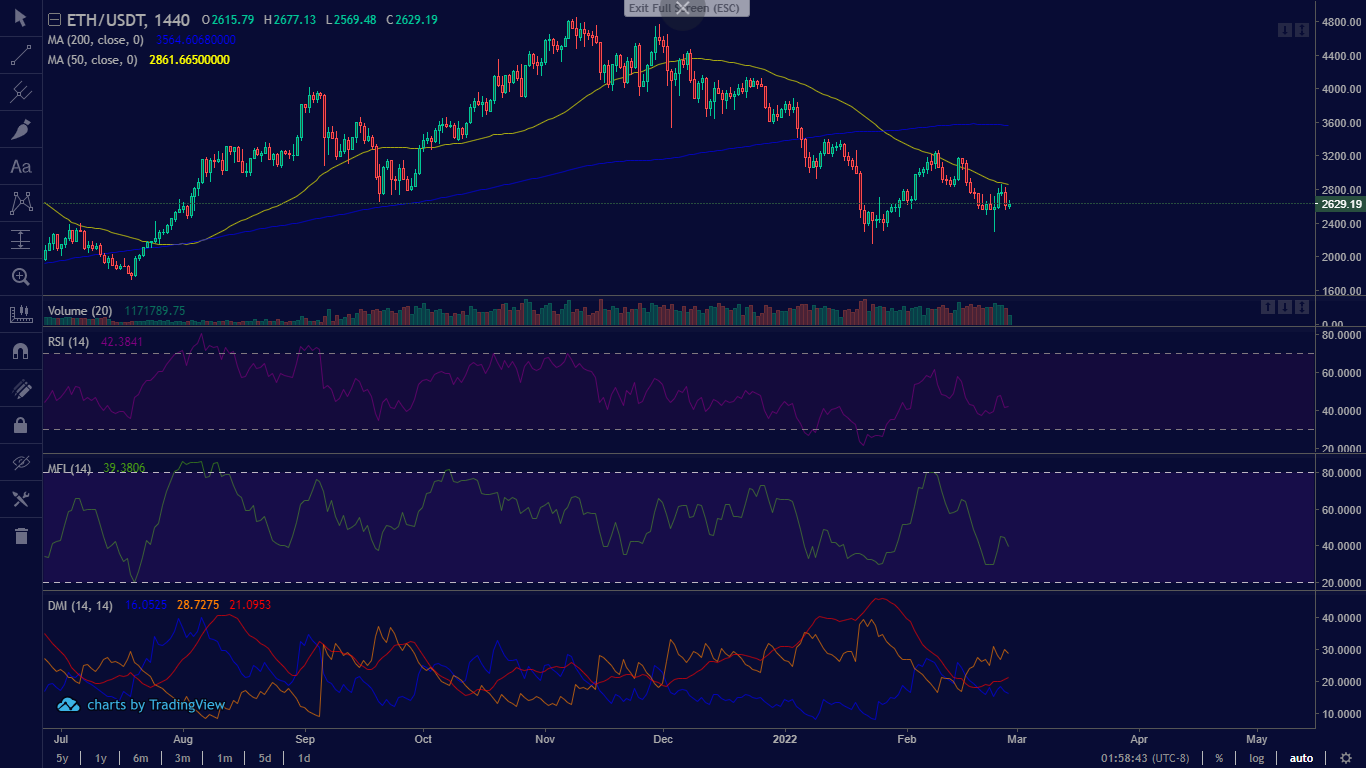 ETH’s price action has gotten closer to the 50-day moving average indicator in the last few days, highlighting the extended bear market. It has also demonstrated heavy support near the $2,500 price range. Despite this, ETH’s RSI and Money Flow indicators have not dropped into the oversold zone, suggesting room for more downside, although that does not rule out the potential for a rally this coming week.

ADA has registered a ranging performance in the last few days and is currently trading at $0.88 after a 0.54% drop in the last 24 hours. However, its weekly performance highlights a bigger drop at 8.34%. the cryptocurrency achieved a $0.74 weekly low a few days ago before recovering to its current price level. 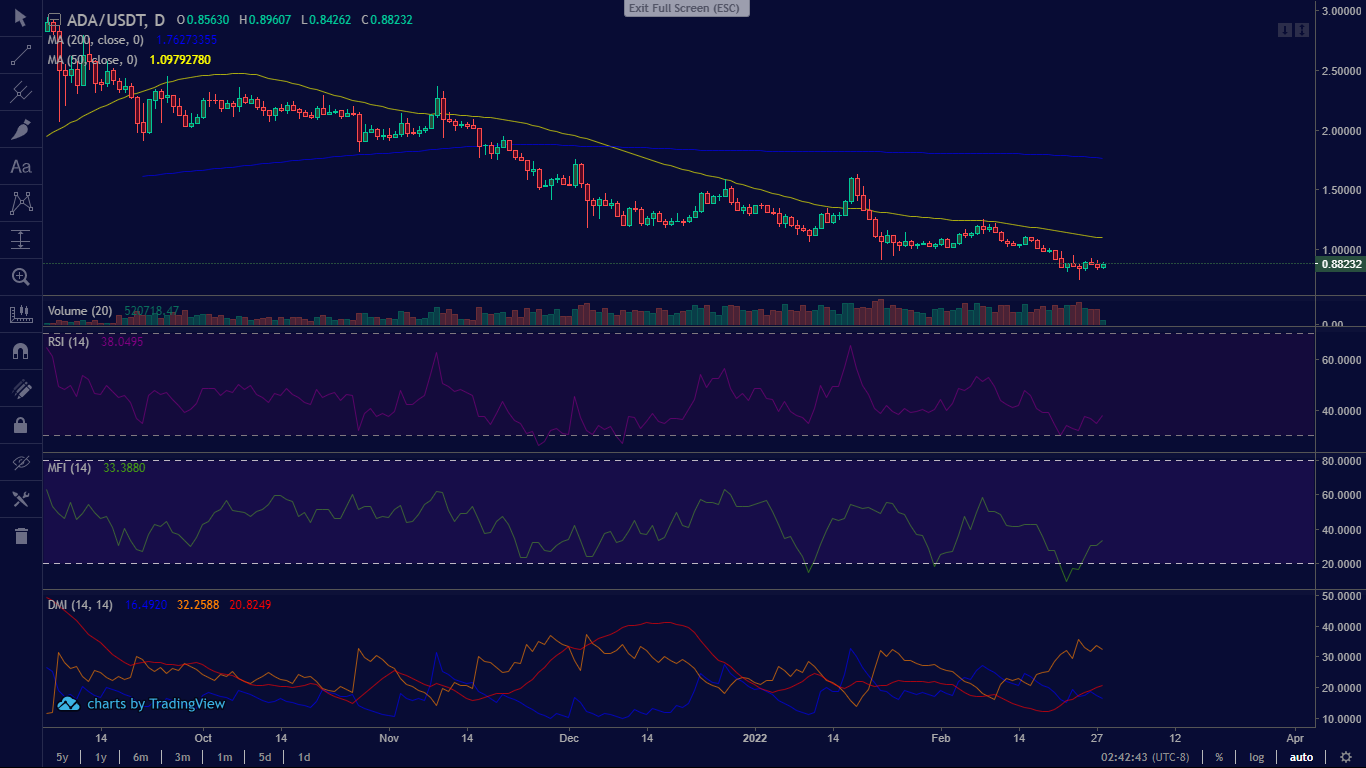 ADA’s performance in the last week or so highlights the increased likelihood of another bullish uptick. This is because its RSI and money flow indicators recently dipped into the oversold zone and have since then registered some uptick, indicating healthy accumulation during the recent lows. This means bullish pressure is building up.

SOL achieved the lowest price level registered ever since it was launched on Decoin earlier in the week at $77.44. However, it has since then recovered and is currently trading at $90.22 after rallying by 0.46% in the last 24 hours but its weekly performance is bearish by 2.78%. 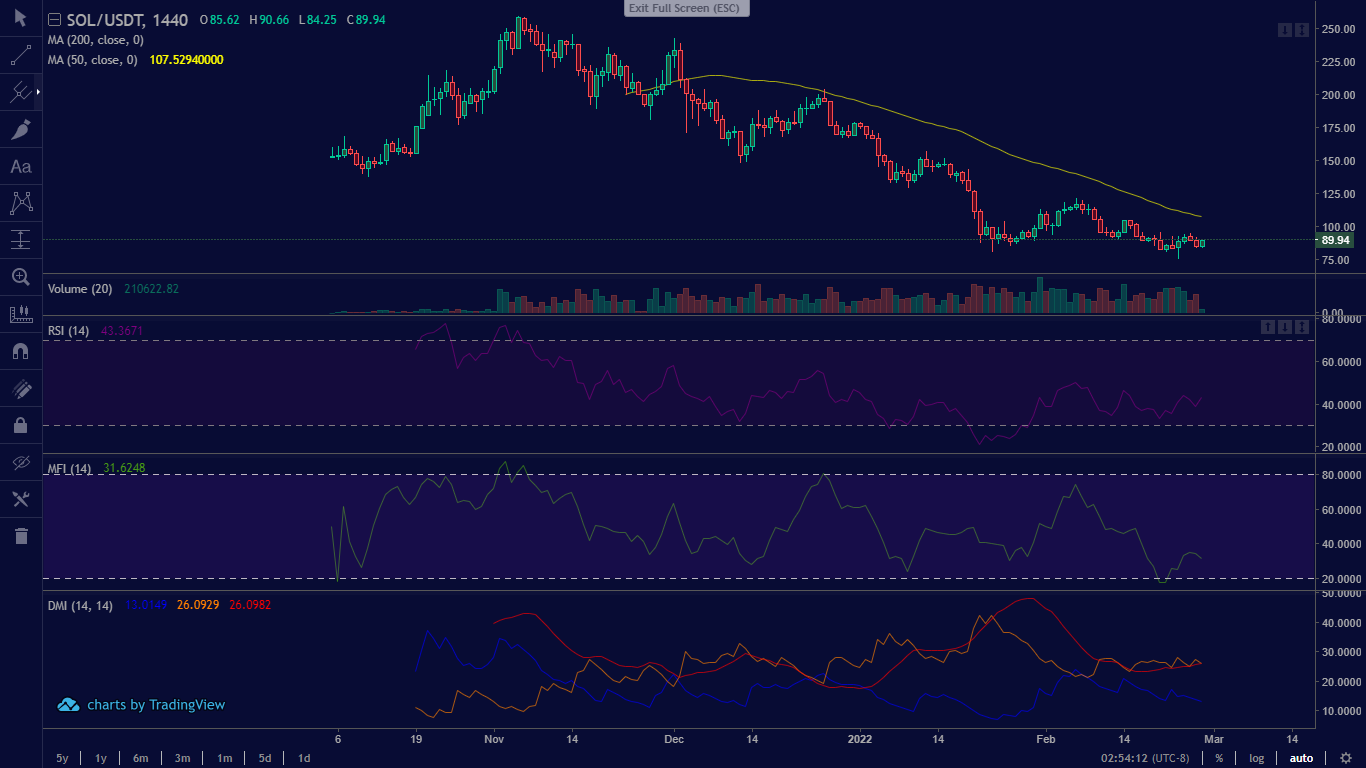 SOL’s price action vs RSI highlights a lower low for the price in the recent dip compared to a higher low for the RSI. Meanwhile, its Money flow indicator dropped below the oversold zone a few days ago. This performance indicates a high possibility of a trend reversal.