Tranglo Adopts Ripple’s ODL Service: Will This Development Have A Positive Impact On XRP’s Price Action?

Ripple has once again achieved a major milestone following the adoption of its ODL service by Tranglo, the largest cross-border payment service in Asia. The integration means ODL is now available in more than 25 corridors.

Tranglo will be able to rapidly process cross-border transactions without requiring pre-funding, thus reducing transaction costs. This will be a win-win situation because users will benefit from faster and cheaper transactions and the platform will become more attractive to more customers. But will the development provide some benefit for Ripple and more what will be its impact on XRP’s value?

Ripple will certainly benefit in terms of feed from the ODL service, and many Ripple holders are optimistic that the deal will also boost XRP’s price action. This is because Tranglo’s integration of ODL will lead to more demand for XRP, thus potentially having a positive impact on its price action. Unfortunately, XRP’s current price action does not seem to have reacted to the Tranglo news.

XRP traded at $0.76 at the time of this press after tanking by 1.39% in the last 24 hours, although its weekly performance is up by 19.59% in the last 7 days. Although XRP has so far registered a significant recovery from its January lows below $0.60, it is still heavily discounted from its all-time high above $3. The highest price that the cryptocurrency has achieved ever since it was listed on Decoin was $1.96. 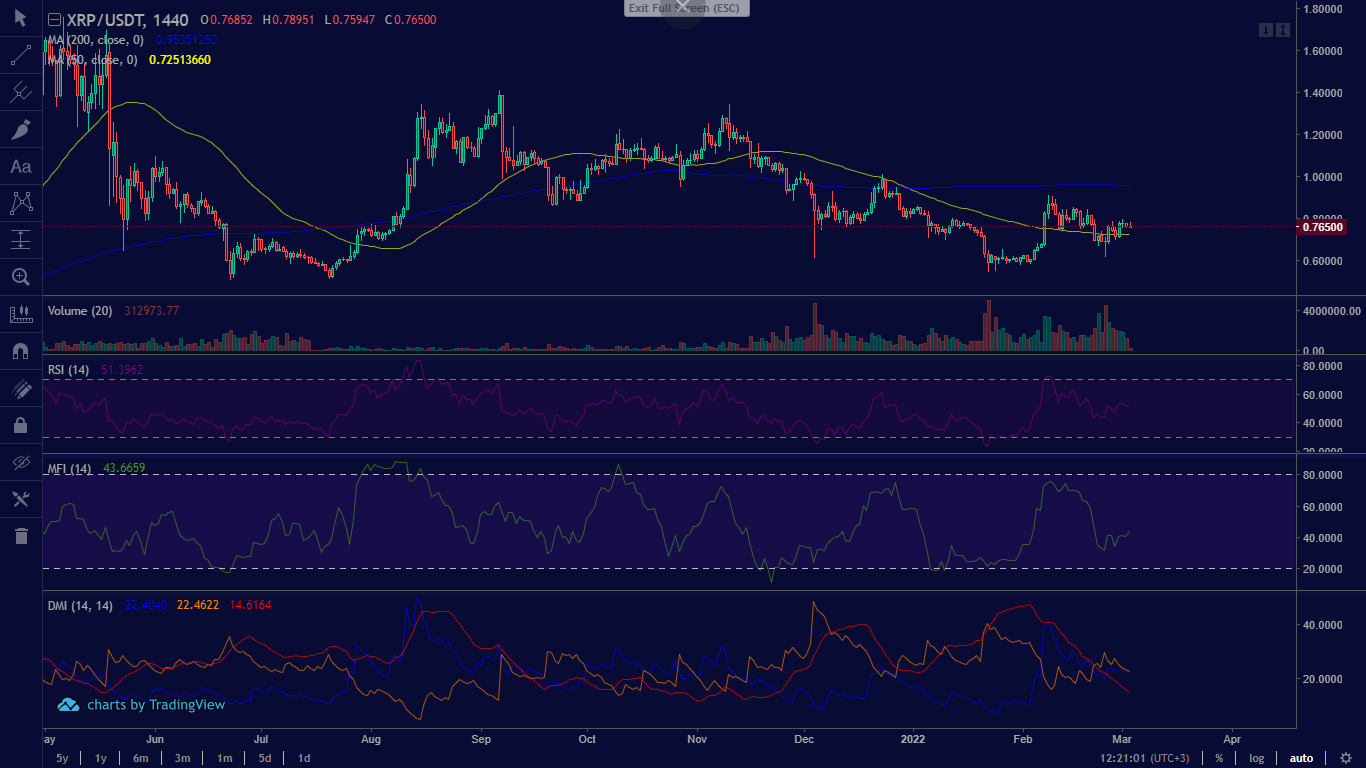 XRP’s price action has been hovering above its 50-day moving average, indicating the potential for more upside, and might soon approach the 200-day MA from below. However, its RSI and Money Flow indicators are currently in the healthy zone, not leaning towards the oversold or overbought conditions. This makes it more difficult to predict the potential direction in the next few days based on technical analysis alone.

Although its current performance is highly correlated with Bitcoin and the rest of the crypto market in general, it seems plausible that the expanding adoption of ODL in Asia will require more XRP and hence potentially boosting its price action. However, we also have to look at some of the factors that have contributed to its downside and price suppression in the last few months.

The Ripple-SEC lawsuit has been the biggest detriment to XRP’s upside. The lawsuit is still active and might be the reason why XRP has not registered a notable price change after the Tranglo announcement. The SEC revealed plans to pursue the overruling of a judicial filing that requires the regulatory authority to hand over documents in which one of its managers noted that cryptocurrencies are not securities.

The SEC’s goal is to have the statement redacted from the records, and the implication is that it would further enforce their legal position against Ripple. If the judicial ruling is overturned, XRP holders might view the situation as disfavorable for the cryptocurrency, hence a potentially bearish outlook. On the other hand, if the court presiding over the case decides to uphold the previous ruling, it would lead to some potential upside.

The fate of XRP and Ripple is dependent on the outcome of the legal battle. If Ripple loses the case, it will be forced to pay a massive fine that will potentially lead to bankruptcy and inability to maintain its operations. If the court favors Ripple, then the narrative of cryptocurrencies being securities will crumble and potentially pave way for healthy regulations.