Crypto Market Recap: Crypto bulls Get Knocked Down Despite Healthy Move At The Start Of The Week

The global crypto market cap is off to a bearish start today after registering a 3.68% drop in the last 24 hours, extending its bearish performance which has been ongoing. The market had bullish momentum briefly over the weekend, but then the bears took over, thus undoing the previous gains. This market outcome was reflected in the price performance of some of the top cryptocurrencies.

Bitcoin achieved an impressive rally last Sunday which saw it climb from weekly lows below $38,000 before it peaked at $45,303 on Tuesday. It crashed back down for the remaining duration of the week and is currently trading at $37,873 after a 4.26% decline in the last 24 hours. It is currently down by 0.31%. Its current price level is up by 0.30% from its weekly low. 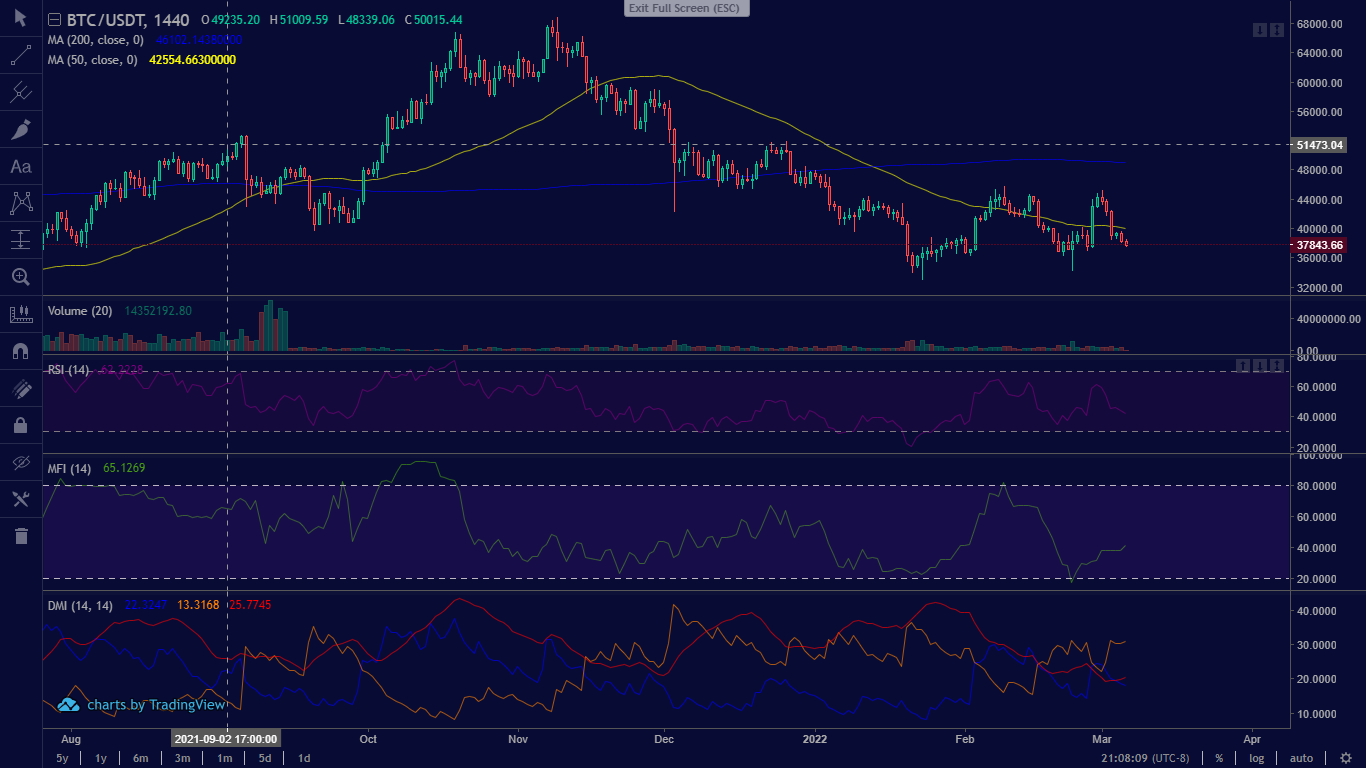 BTC’s lower $37000 price range has been tested as a zone of support and resistance in the past and a similar outcome will likely occur. Its price action has been oscillating above and below its 50-day moving average indicator, suggesting that it might be in a trend reversal zone. Meanwhile, its RSI is still not in the oversold zone despite its weekly drop but the Money Flow indicator shows accumulation during the same period.

Solana’s native cryptocurrency SOL had a healthy run which pushed it back above $100 and to a weekly high of $106 before the bears regained control. It is currently trading at $82.43 after a 6.76% drop in the last 24 hours, and its weekly performance is bearish by 4.88%. 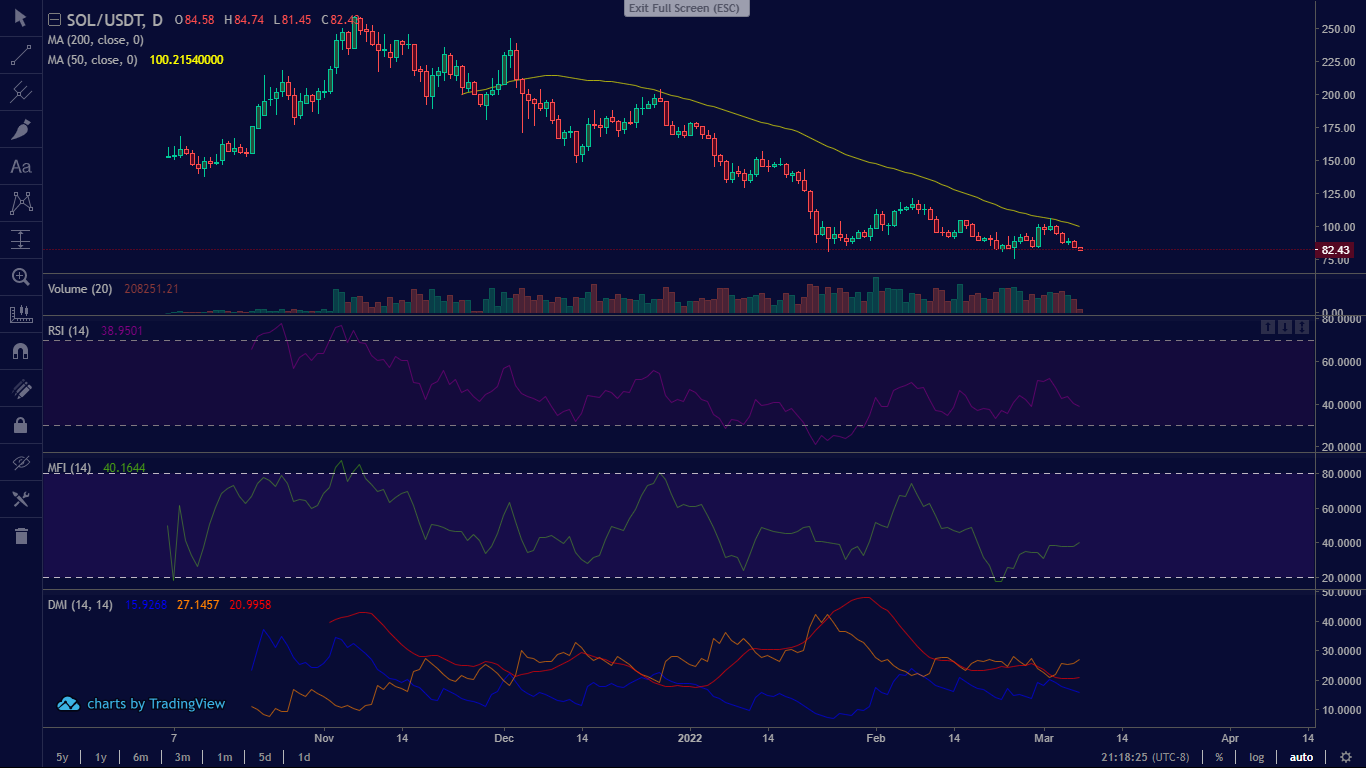 SOL’s historic price performance highlights a strong support zone near its current price level. Despite dropping from its weekly high, SOL remains above the oversold zone according to the RSI indicator and its MFI points towards accumulation while the price was on the decline. The divergence in its DMI indicator points towards a likely reversal. 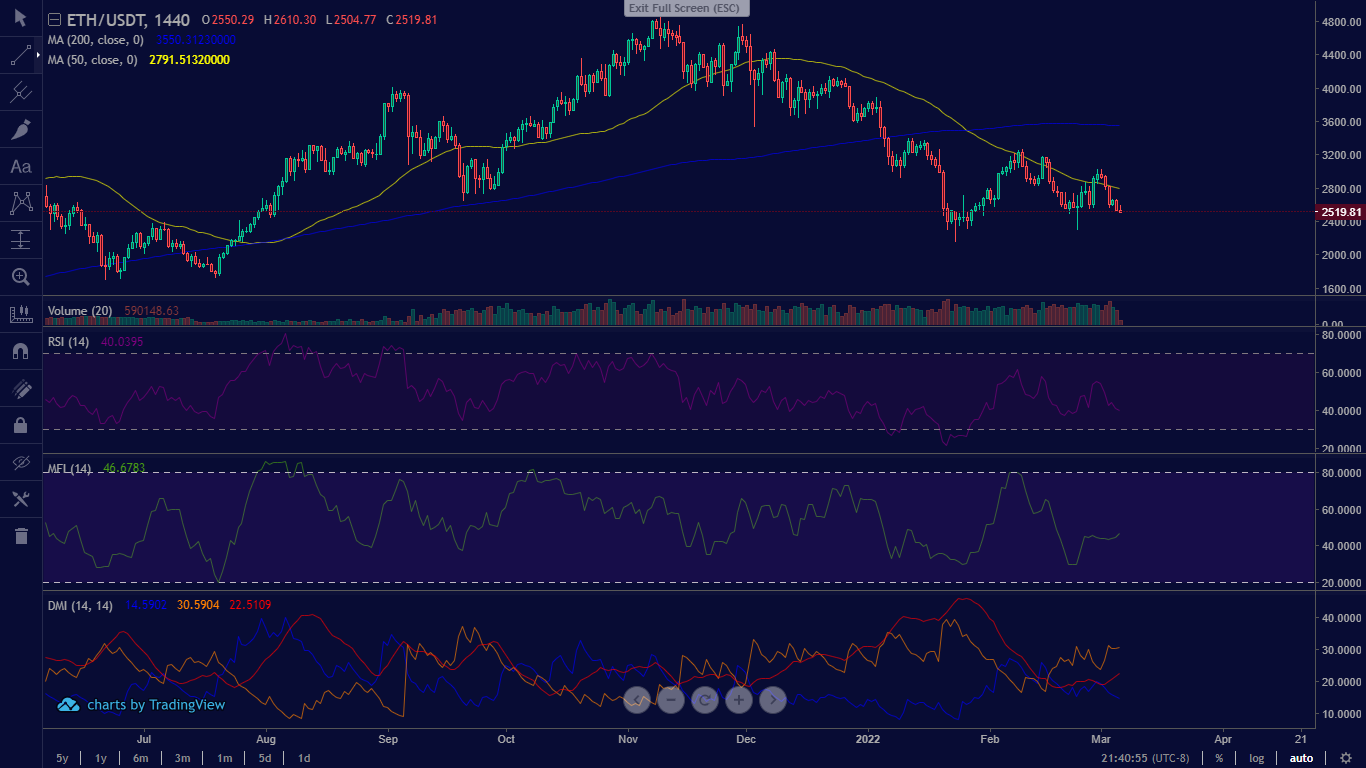 SOL is once again trading below its 50-day moving average after the recent decline, but its RSI is currently at 40.44, hence not oversold. Its Money Flow indicator highlights inflows since the last dip while its Directional movement indicator highlights bullish divergence.

Polkadot’S native cryptocurrency DOT experienced a notable uptick on Monday last week which saw it rally from $16.67 to a weekly high of $19.55 before the bears suppressed its price. It is currently trading at $16.50 after a 2.99% drop in the last 24 hours, extending its weekly bearish performance by 3.76%. 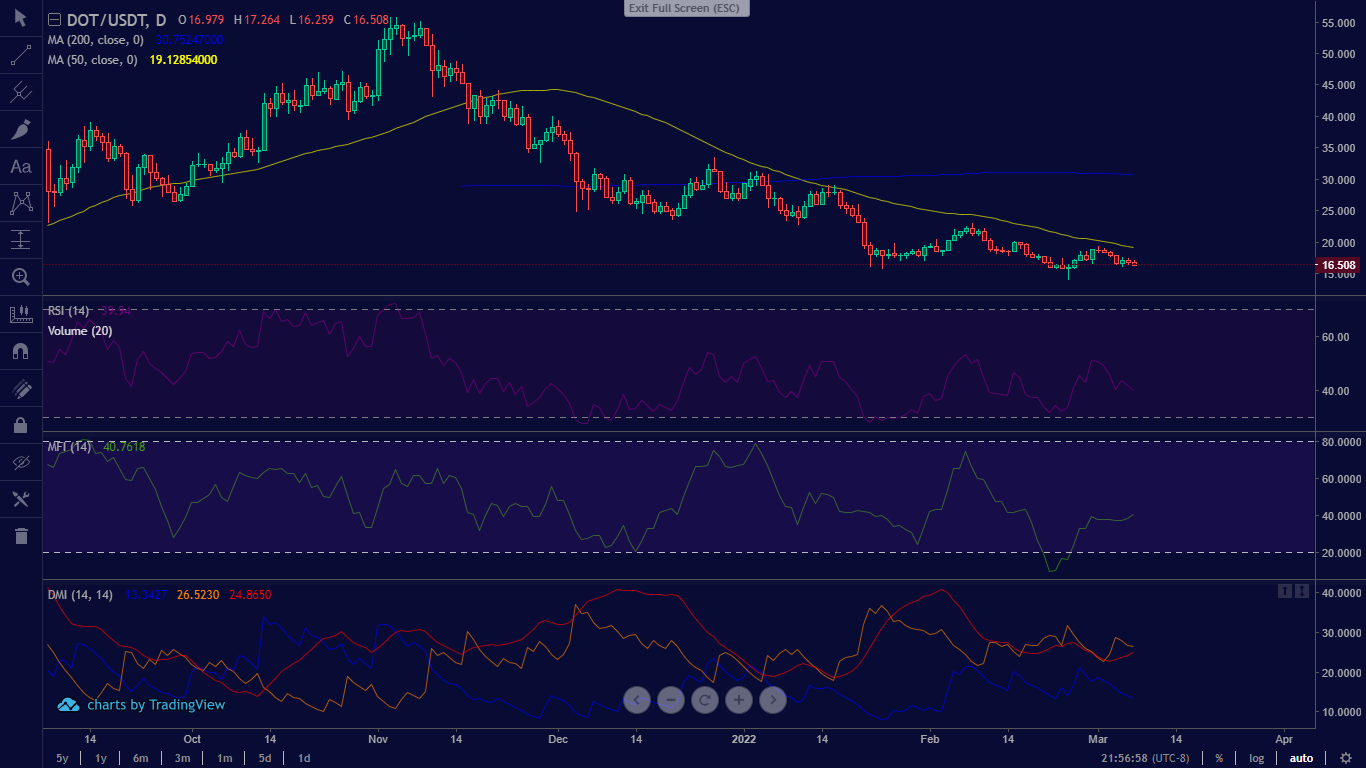 DOT has also registered inflows in the last 7 days despite its bearish performance. Its RSI is currently at 39 and while some more downside will bring it closer to the oversold zone, DOT’s price is expected to experience strong support near the $15.85 price level. Its Directional movement is currently forming a bullish divergence pattern, suggesting a higher probability of a reversal.