Market Recap: The Crypto Market Extends Its Ranging Performance For Yet Another Week

If you have been keeping track of the cryptocurrency markets, you may have noticed that the global crypto market cap has been trading within the $1.7 billion range, give or take a few billion. This performance reflects the ranging price movements in the top cryptocurrencies in the last few weeks.  Geopolitical tensions and economic challenges such as inflation have also increased the level of uncertainty in the market. Let’s look at how some of the top cryptocurrencies have faired under the current market conditions.

Bitcoin traded at $38,815 at the time of this press after a 1.14% decline in the last 24 hours but it is higher than its weekly low by 1.38%. The cryptocurrency registered a significant uptick in the first half of the week but those gains were erased after the bears took back control towards the end of the week and during the weekend. 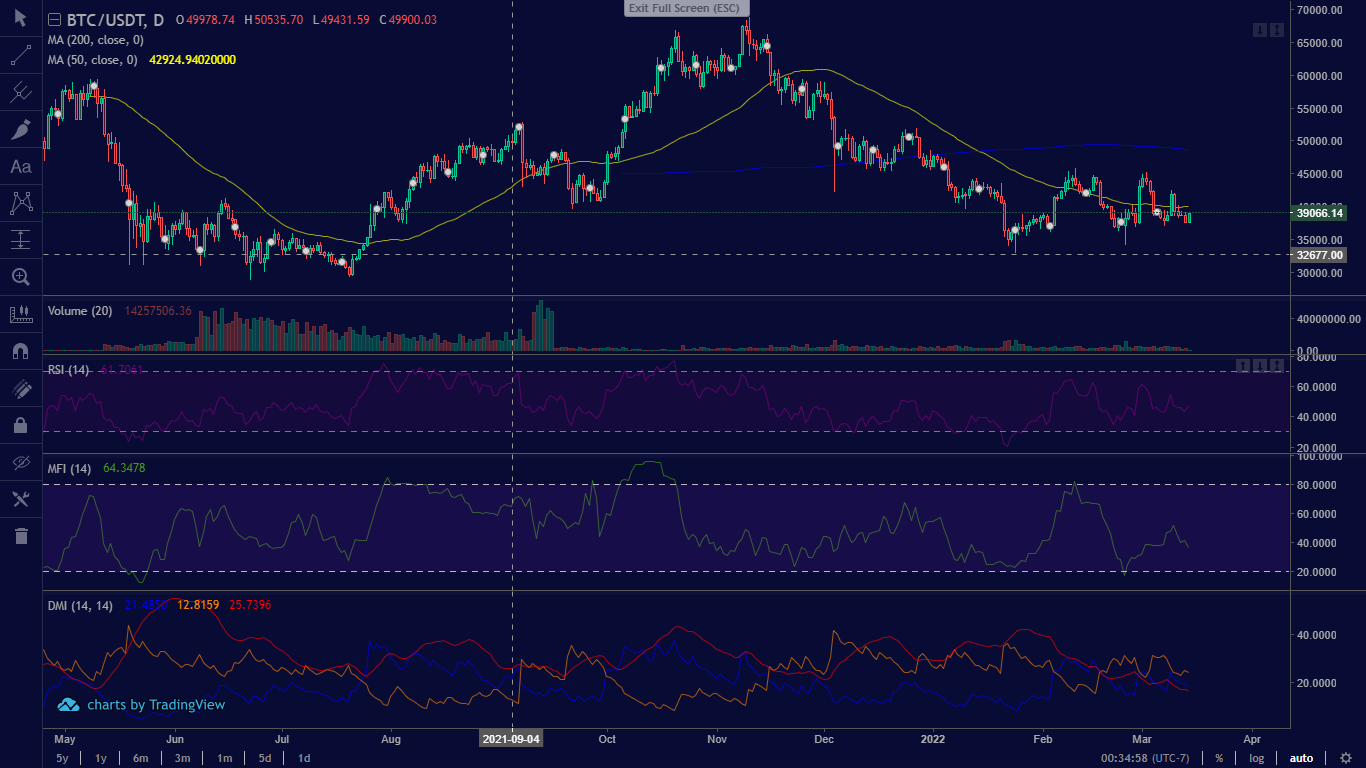 BTC’s performance in the last 7 days allowed it to continue oscillating above and below its 50-day moving average. The latter appears to be reversing after being overextended from the 200-day MA. Bitcoin’s Money Flow indicator shows notable outflows during the week and it reflects the price performance during the week.

Ethereum’s native cryptocurrency ETH is currently trading at $2,589 after a 0.29% gain in the last 24 hours. Its current price level has only gained 1.58% in the last 7 days. 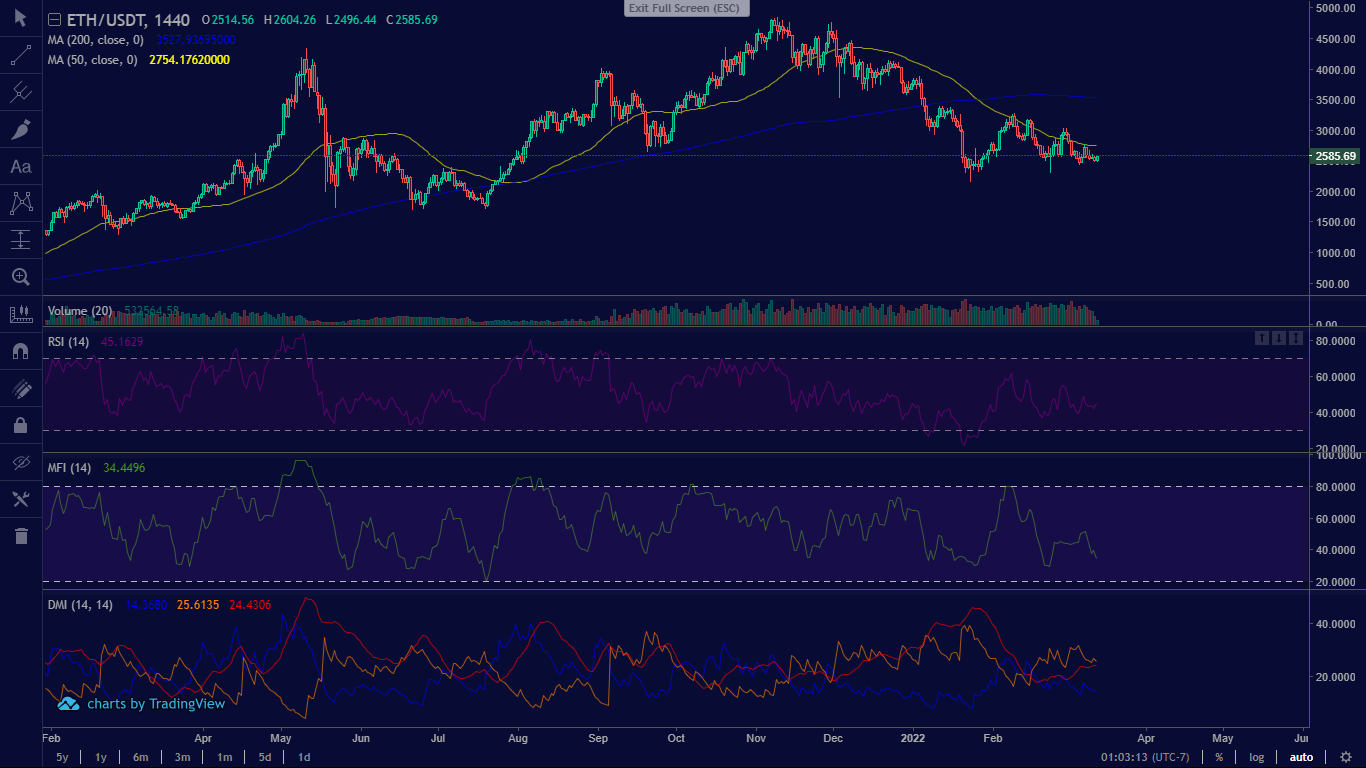 ETH struggled to stay above $2,700 during its mid-week rally and has since then reverted to its current lows. The price continues to push below its 50-day moving average despite previous attempts at crossing above it. Its Money Flow indicator slid lower during the week, but the Directional movement indicator is showing some bullish signs. 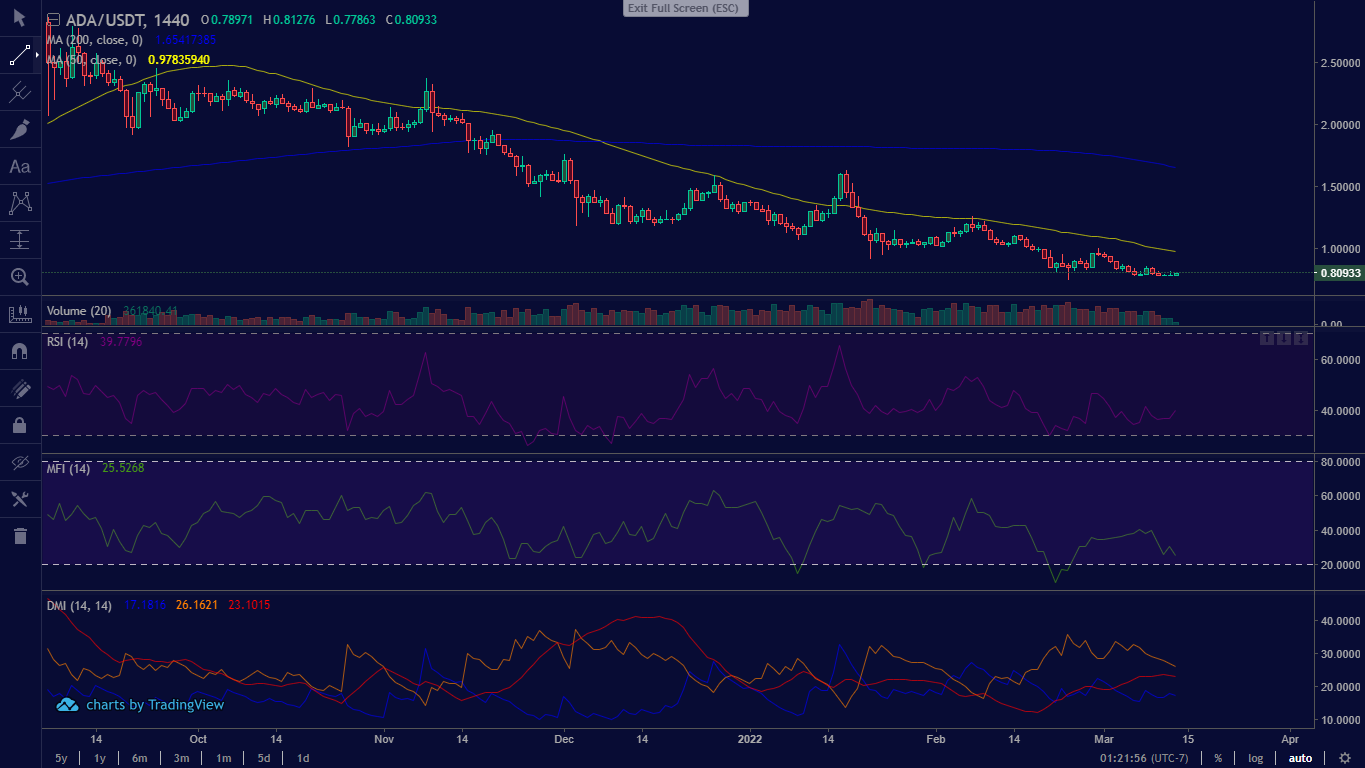 ADA’s price action is still extended below its 50-day and 2-day moving averages. Despite currently low price levels, the RSI indicates that ADA is still not oversold at its current price level. Meanwhile, the Money Flow indicator highlights some outflows in the last few days.

SOL is currently trading at $81.10 after a 0.61% drop in the last 24 hours, while its weekly performance indicates that it was bearish but by a mere 1.09%, hence not much of a change. It rallied to a weekly high of $89.77 mid-week before the bears erased those gains. 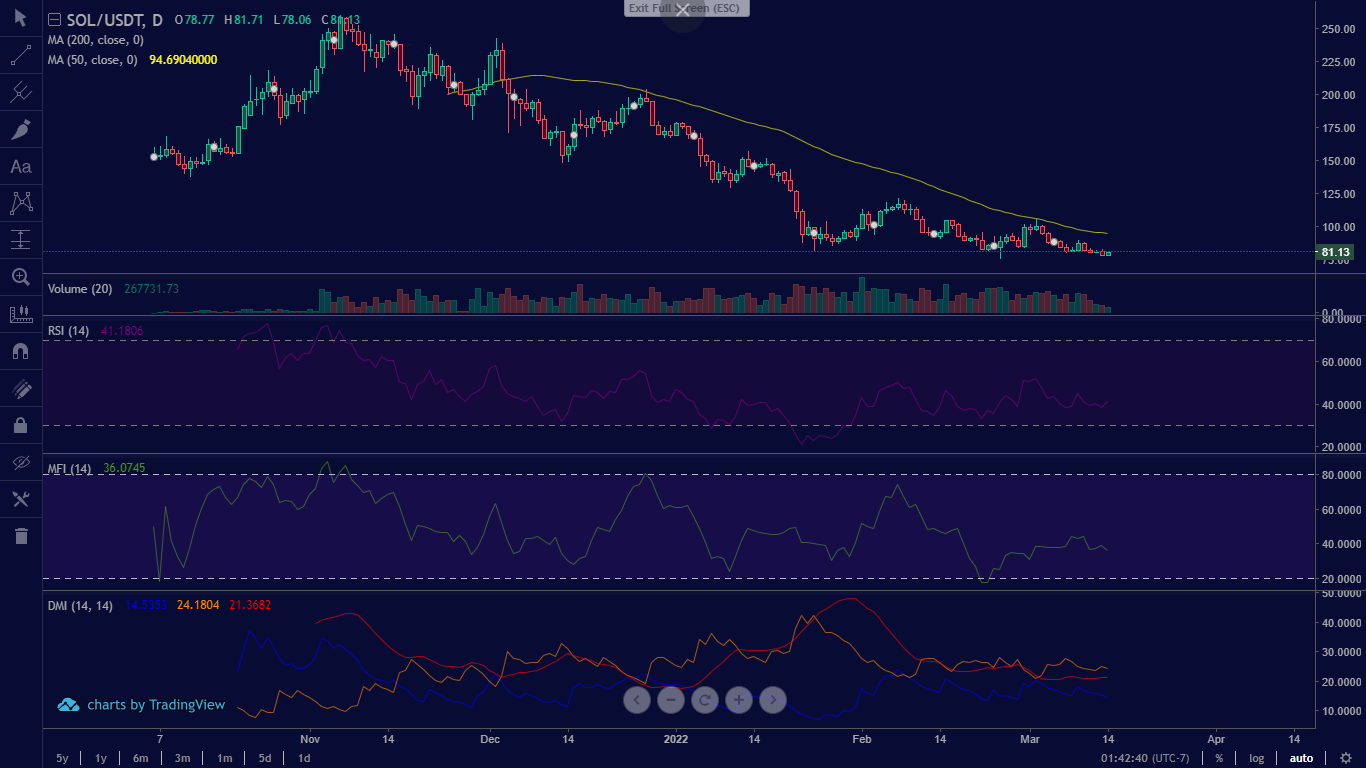 SOL’s current price action is near the lowest price that the cryptocurrency has registered so far ever since it started trading on Decoin. Its performance in the last 7 days highlights a significant drop in trading volume. However, it is still above the oversold zone according to the RSI, but it remains extended from the 50-day and 200-day moving averages. The level of SOL holdings is notably higher than it was during February lows, despite being in the same price ballpark, indicating healthy accumulation based on the MFI.