Cryptocurrency bulls are once again leading the charge as the market enters another week. The global market cap was at $1.29 trillion at press time after a 5.34% gain in the last 24 hours. However, if you have been keeping tabs on the market in the last couple of weeks, you may have noticed the cyclical nature of the current range.

Prices rally during the weekend, sometimes during the week, and then revert to the mean. Sometimes they drop and recover but remain restricted within the same tight range. Now the real question is whether this week's rally will yield a similar outcome or whether it will push out of the current range. Here's our weekly recap for BTC, SOL, ETH, and ADA.

Bitcoin traded at $31,416 at press time, after a 6.11% rally in the last 24 hours. It is also up by 2.59% on a weekly timeframe after recovering from its $29,326 low which it achieved on Friday. The price might be headed for a retest of last week’s high near the $32,800 price level if the bulls can maintain their current trajectory. 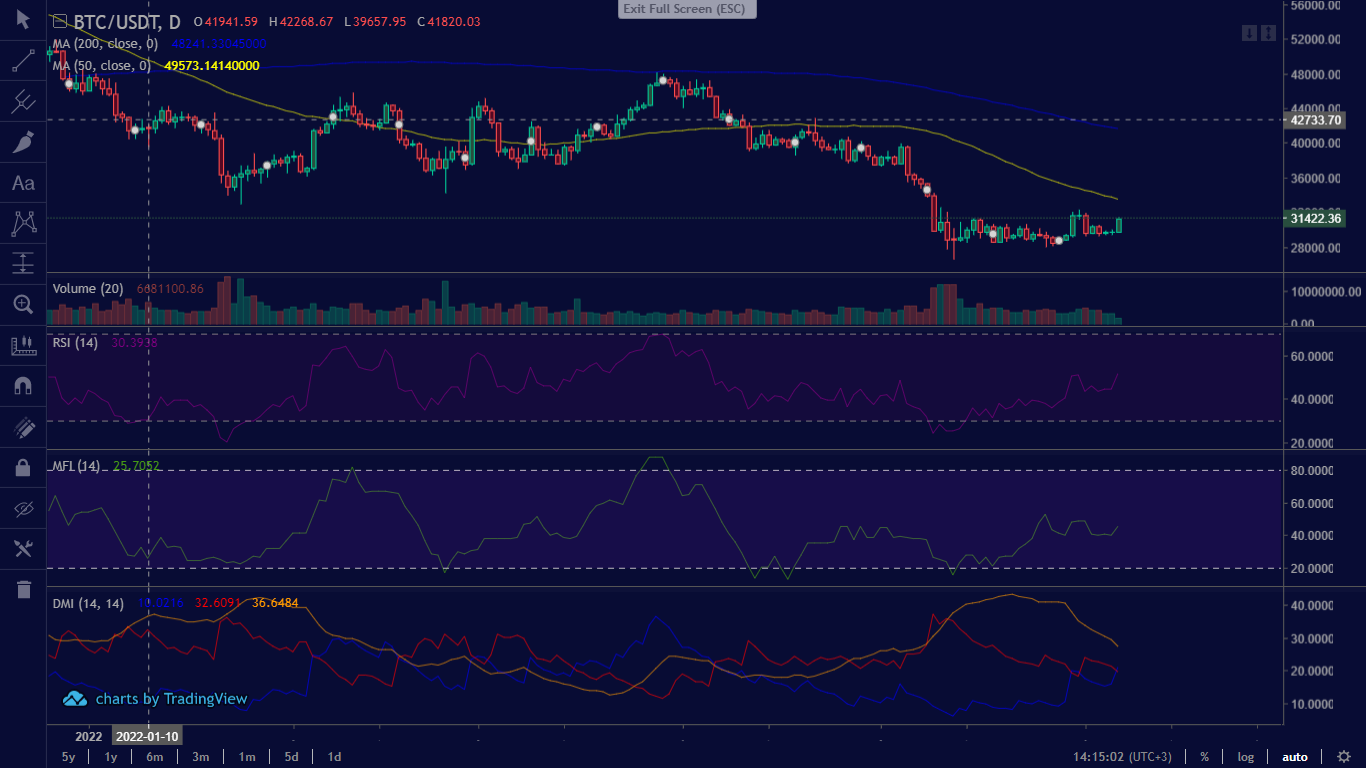 BTC’s RSI hovered around the 51% RSI level, which is near the neutral zone where it previously experienced resistance. The MFI highlights some accumulation contributing to the current rally but it is only a matter of time to determine whether the bulls will stay in control.

Solana suffered yet another downtime instance during the week. This seems to have become the norm for the network and it has undoubtedly eroded investor confidence along with SOL’s strength. Nevertheless, SOL is already bouncing back after tanking as low as $35.74 on Saturday. It traded at $44.04 at press time after an 11.43% rally in the last 24 hours. However, the network downtime sent it crashing hard and its weekly performance is still down by 3.94% at its prevailing price level. 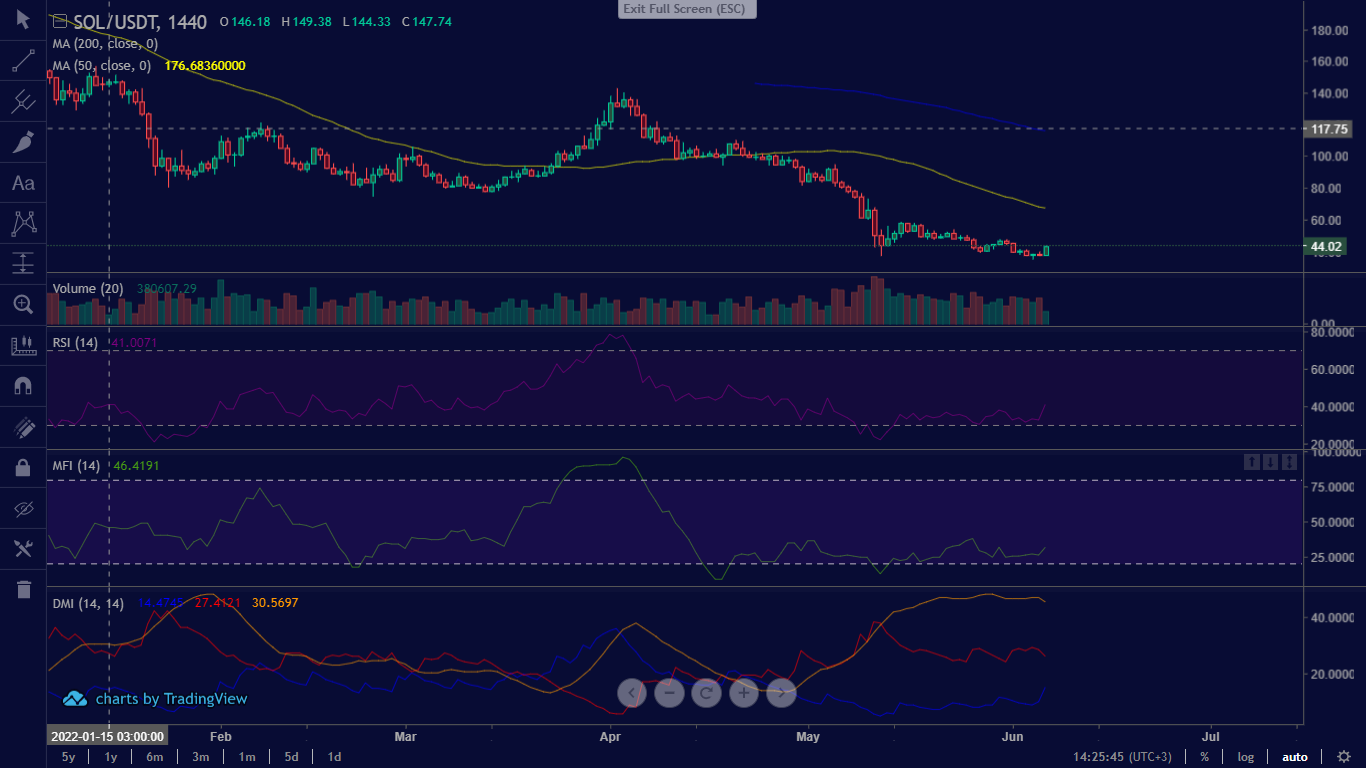 SOL’s RSI has been hovering just above the oversold but it is now pushing further as the bears take over. However, it still has a long way to go and the current accumulation is supported by low volumes.

ETH kicked off June with a bearish correction after the end-of-May rally which briefly pushed it back above $2,000. It dropped as low as $1,737 on Friday but it has enjoyed a slight recovery since then. ETH traded at $1,911 at press time after a 6.92% rally in the last 24 hours. However, its weekly performance was only up 0.36%. 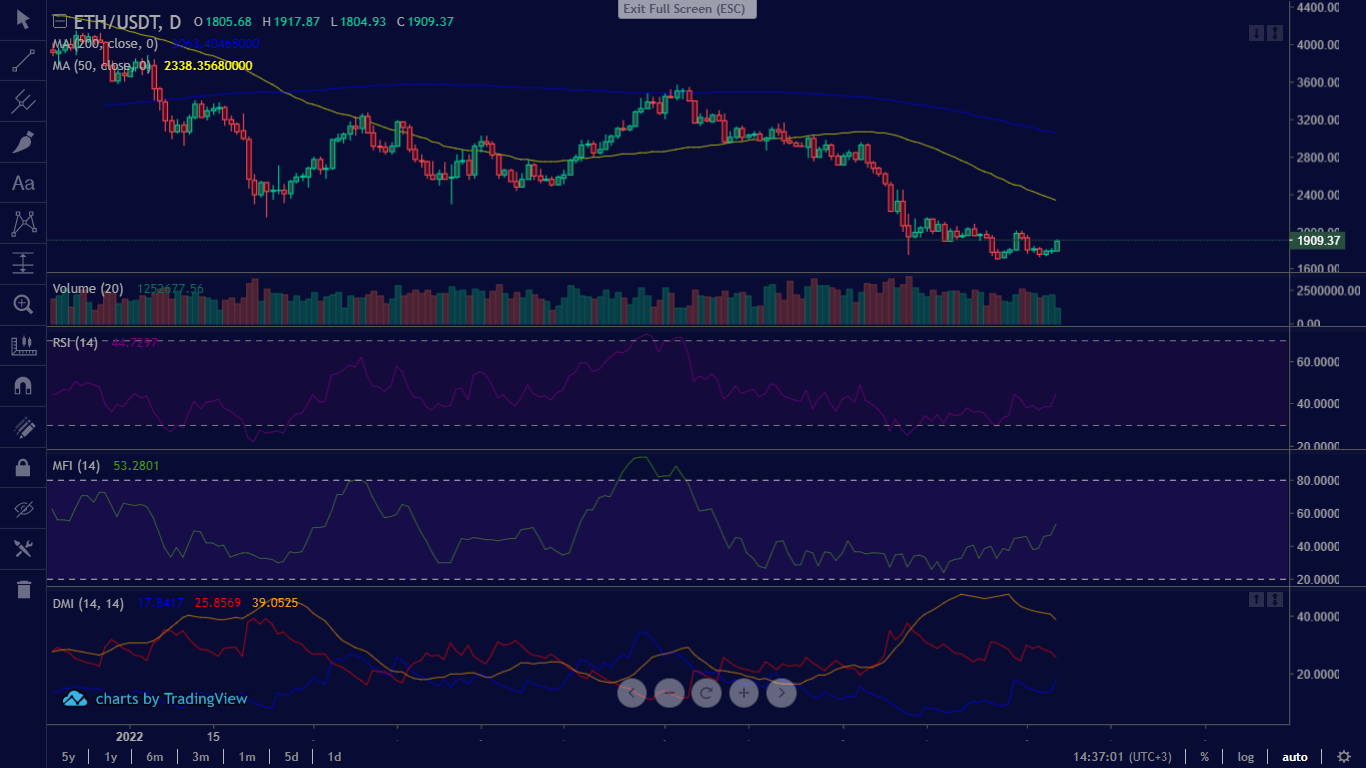 ETH currently has some upside before reaching the next resistance level, probably near the RSI neutral level. This level would likely lead to a retest of the same reversal price level that triggered the bearish correction last week.

ADA is likely the best performing cryptocurrency out of the coins in this recap. That is an unusual scenario given that it also happens to be one of the most sold-off cryptocurrencies. ADA traded at $0.628 at press time after a 12.32% uptick in the last 24 hours. Its weekly gain was even more impressive at 19.75%. 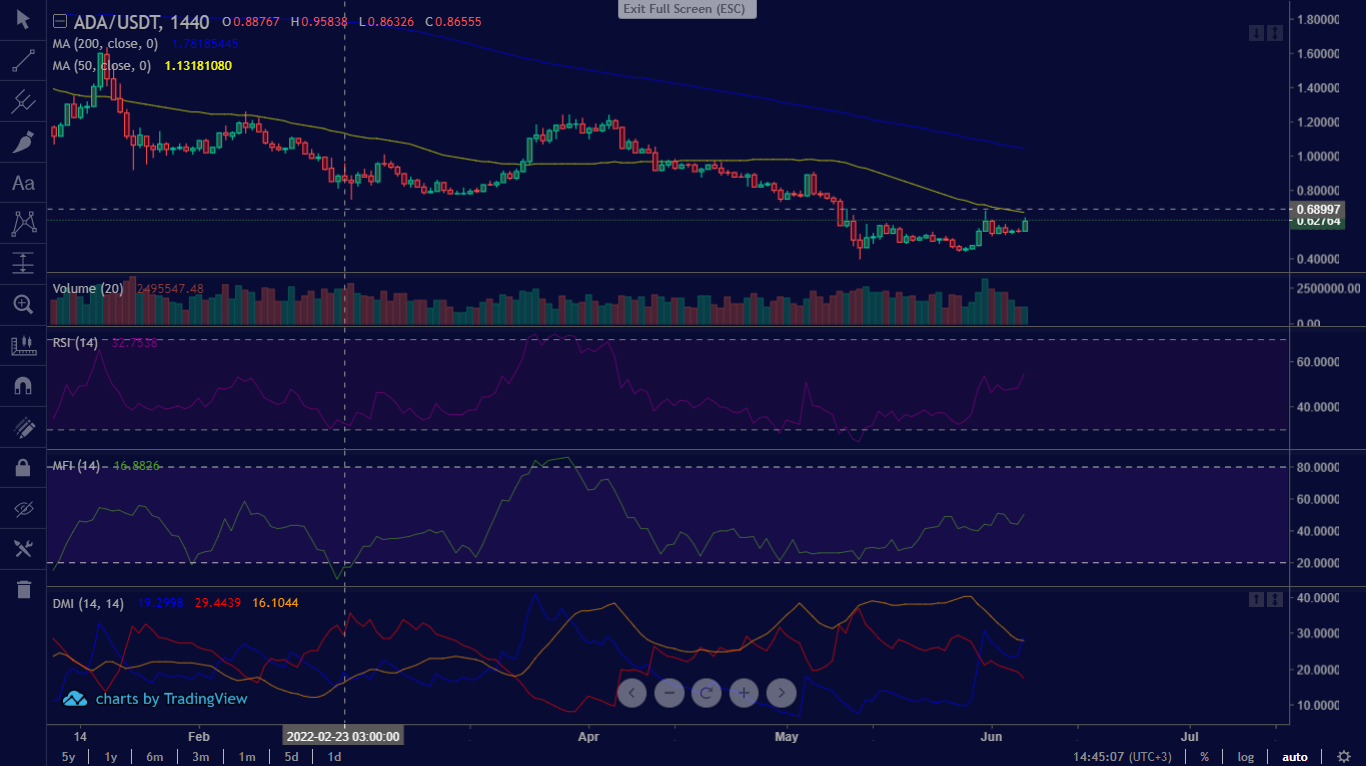 ADA seems to have experienced a weak selloff near the RSI’s neutral or 50% level. It is about to cross above the 50-day MA for the first time since the second week of April. ADA’s rally is backed by healthy accumulation at lower levels, as well as improving bullish momentum.