XTZ delivers a solid weekly run but what does its future look like?

XTZ, the native cryptocurrency of the Tezos blockchain is among the top-performing cryptocurrencies this week as most of the top cryptos struggle with low volumes. XTZ’s performance was not only impressive but it provides more visibility to the network.

XTZ traded at $2.17 at press time after a 7.63% gain in the last 24 hours. Its weekly performance is even more impressive given that it rallied by 13.29%. In contrast, most of the top cryptocurrencies have struggled to deliver more than 5% daily or weekly gains as the market struggles to overcome the prevailing uncertainty. 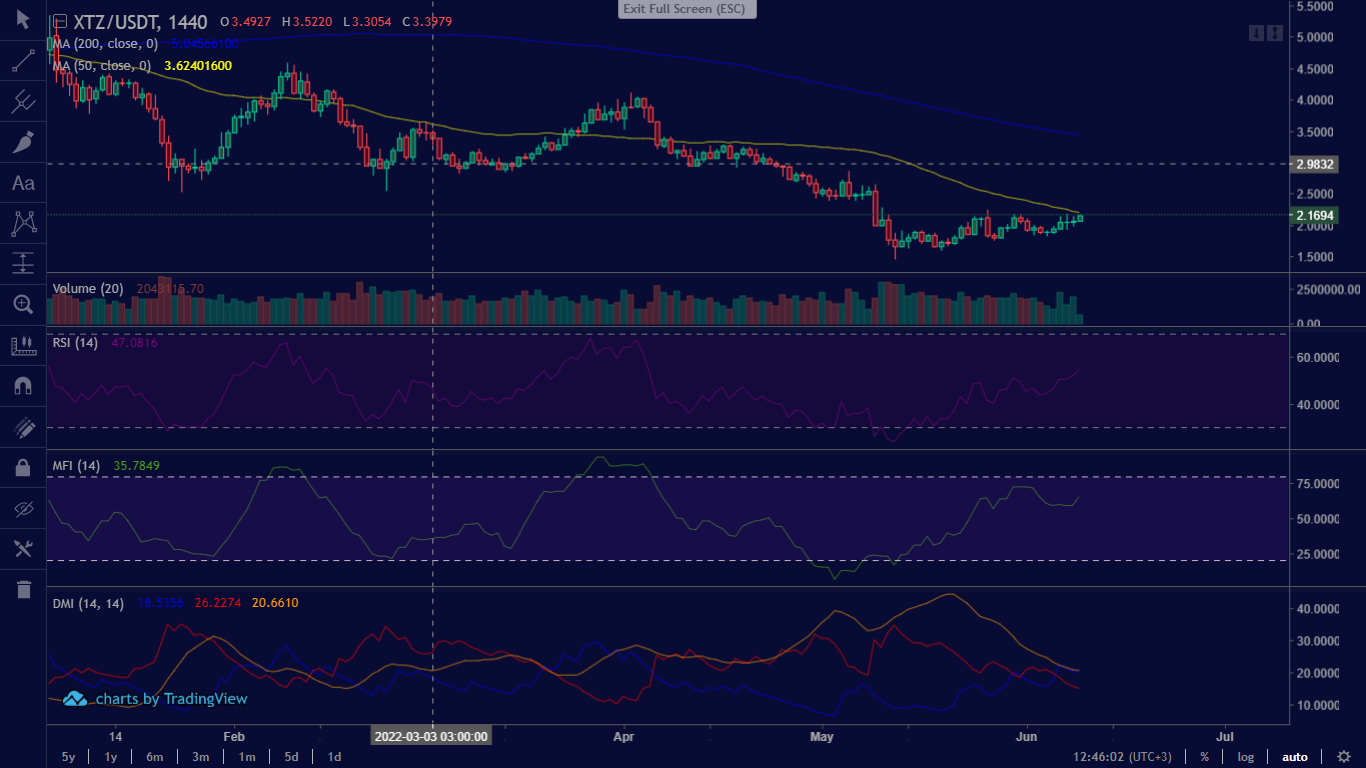 XTZ’s bullish performance was backed by healthy accumulation as indicated by the Money Flow indicator. However, a bit of a bearish retracement is expected as we head into the weekend considering that its RSI just crossed above the 50% or neutral level. Some XTZ holders might start taking profit after the recent uptrend, leading to some friction near its current price point.

What is driving up XTZ’s price?

Tezos has not released any announcements lately that might have acted as a catalyst for XTZ. This means that its price action might purely be the result of being in favor of the market. However, it might also be the result of organic growth courtesy of all the activity taking place on the Tezos blockchain.

Tezos has been rapidly growing thanks to strong adoption from the NFT market. The network has so far announced multiple collaborations with digital art projects. This focus on digital arts seems to be working out quite well for the network and may thus be a significant factor contributing to XTZ demand.

Is XTZ the next Ethereum?

Ethereum has been described as the leading smart contract and NFT network. However, it has been facing numerous challenges such as its expensive gas fees and bottlenecks that make it less attractive for the NFT market. Tezos is already a proof of stake network that supports smart contracts and transaction fees are significantly more affordable.

Tezos has a clear advantage over Ethereum in terms of lower gas fees and this is likely one of the reasons why is experiencing an explosion of NFT utility. Although Tezos has enjoyed robust growth from the NFT market, it also wants to establish itself on the broader blockchain scope.

Earlier this week it announced the launch of a new tool called Factori. The tool will make it easier for developers to create and test smart contracts within the Tezos blockchain. The goal is to accelerate the network’s utility and ability to cater to user demands as the future becomes decentralized. This will also allow Tezos to compete more effectively.

XTZ is still trading at a heavy discount despite its latest upside. It peaked at $9.12 in October 2021 and is currently trading at a fraction of its ATH. However, the Tezos network is rapidly growing and this means XTZ still has a bright future as far as its long-term growth is concerned. For now, XTZ's price action remains at the mercy of the market. Its massive downside in the last few months reflects the overall crypto market's performance, hence a major recovery will likely depend on the market.