The cryptocurrency market, particularly altcoins are off to a great start in May, indicating that the altcoin season is here. Whether you are a hodler or a retail trader, right now is the time to evaluate the market to find the cryptocurrencies that will offer the highest potential gains.

Having the right strategy is important regardless of whether you choose to hodl or day trade. For example, buying the dips is a great strategy for crypto day traders while buying in at a low price level will help hodlers to maximize their potential gains. Determining the driving factors behind the bullish momentum for whatever coin you choose, should also be an integral part of your strategy.

In the last 7 days we have witnessed impressive bull runs on altcoins such as Dogecoin and XRP. They were overwhelmingly linked to positive news and a lot of buying. Here are some of the best digital currencies that traders should have on their watchlist for maximum potential upside. 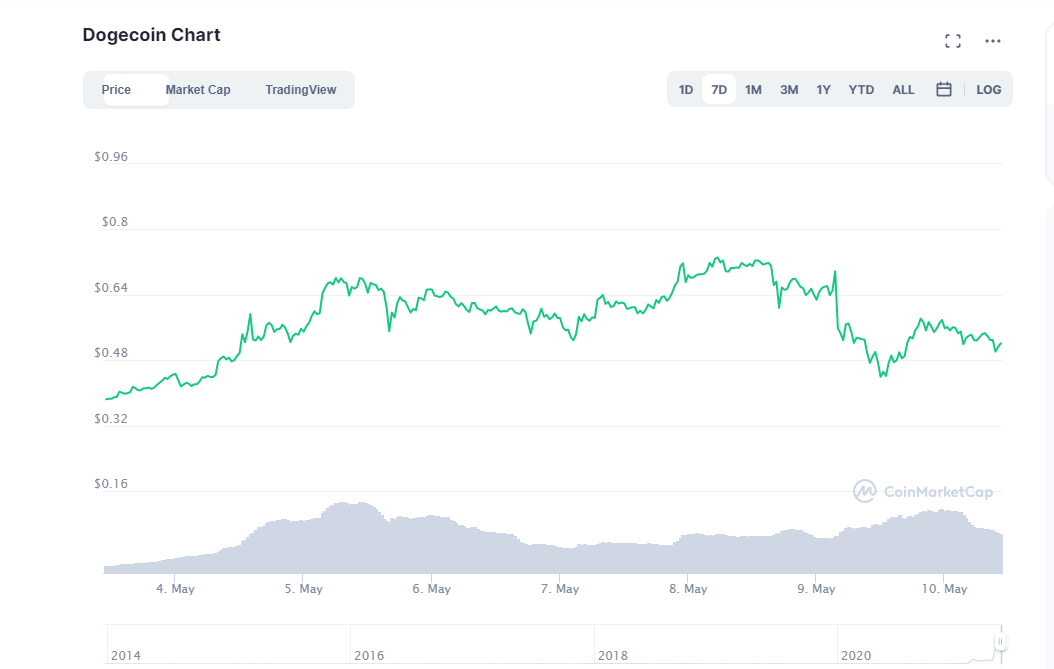 Its performance in the last 7 days was nothing short of impressive and though it failed to hit the $1 level, more people are now aware of it, which means that we could see more volume. Dogecoin is still highly speculative and although it might not achieve an overwhelmingly high price range, it is still a great pick especially for retail traders. Dogecoin is currently trading at $0.52 and is up 10.7% in the last 24 hours. 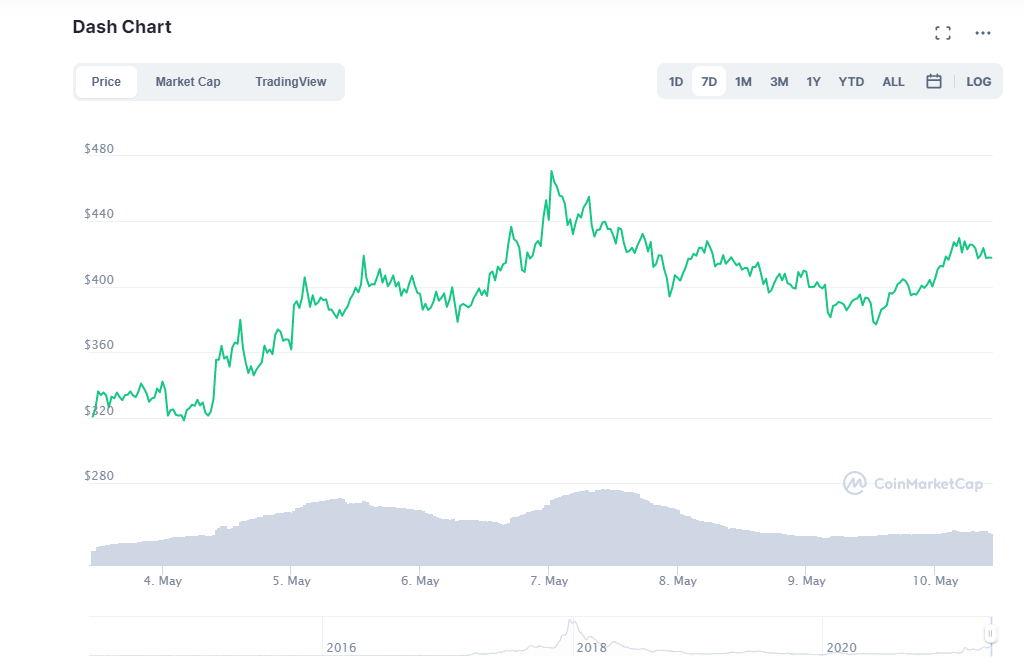 Dash is currently trading at around $418.03 and is up 7% in the last 24 hours and 30% in the last seven days indicating strong momentum. It has a market cap of just over $4 billion and the best thing about it is its scarcity at 10.12 million coins in circulation. Dash’s 12-month-low is $65, which means it has enjoyed a significant gain but it has underperformed compared to some of its counterparts. More news and volume will likely continue to favor its performance. 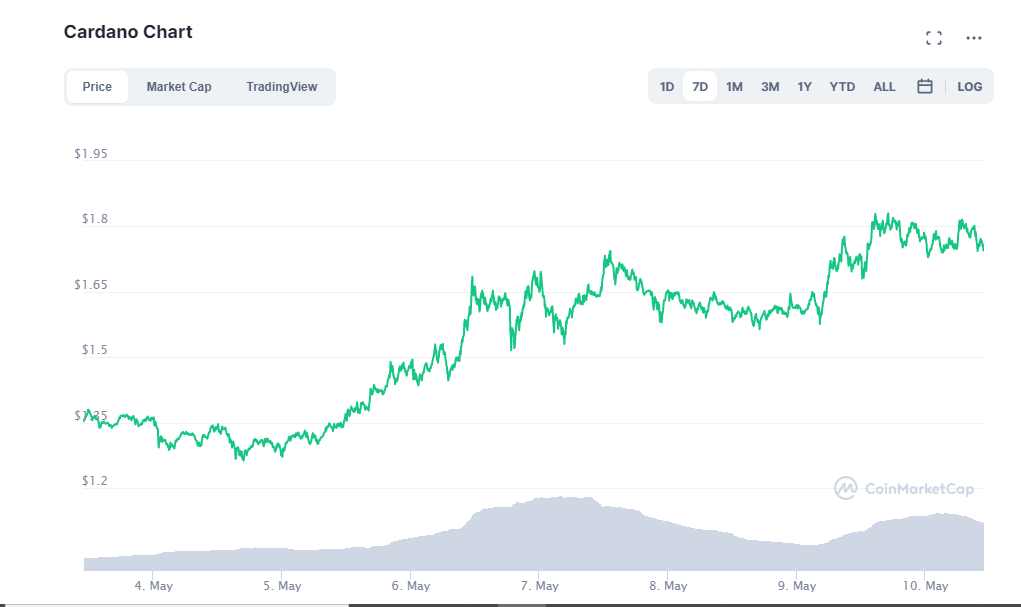 Cardano is one of the coins that have a huge potential for a breakout. ADA is currently one of the best proof-of-stake cryptocurrencies, while the Cardano blockchain is highly focused on helping developers to create programs with custom programming language through research-focused logic. It is one of the most advanced blockchains technologically and this may come in handy for future projects. Its potential will likely be transferred to impressive gains for ADA. 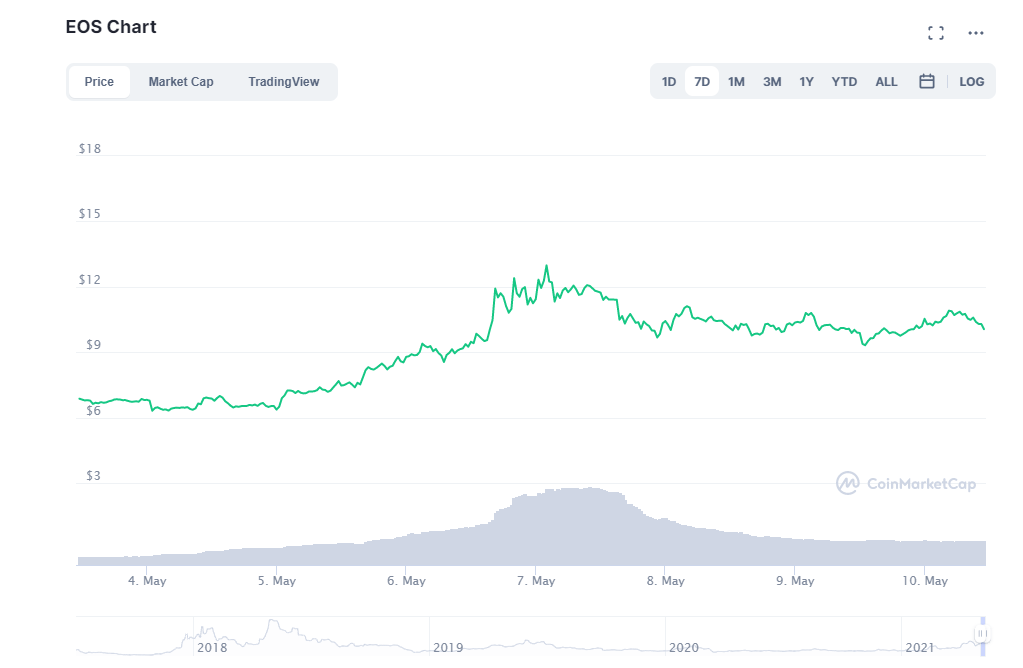 EOS is a blockchain that is largely focused on decentralized apps and was developed to overcome some of the limitations of the early blockchains, such as slow transactions and lack of proper DApp support. Its blockchain is friendly to traditional programming languages such as Java, C++, and Python, making it easier to work with than other blockchains that are language-specific. Its focus on decentralized apps, lower fees and faster transactions should make its blockchain more preferable in the future.

Its native coin EOS is up 52% in the last 7 days and is currently trading at $10 with a $9.7 billion market cap and a $6.9 billion 24-hour trading volume. Crypto analysts still believe that the ceiling for an EOS rally is still high, and could be favored by the ongoing bull run and potentially positive news releases. 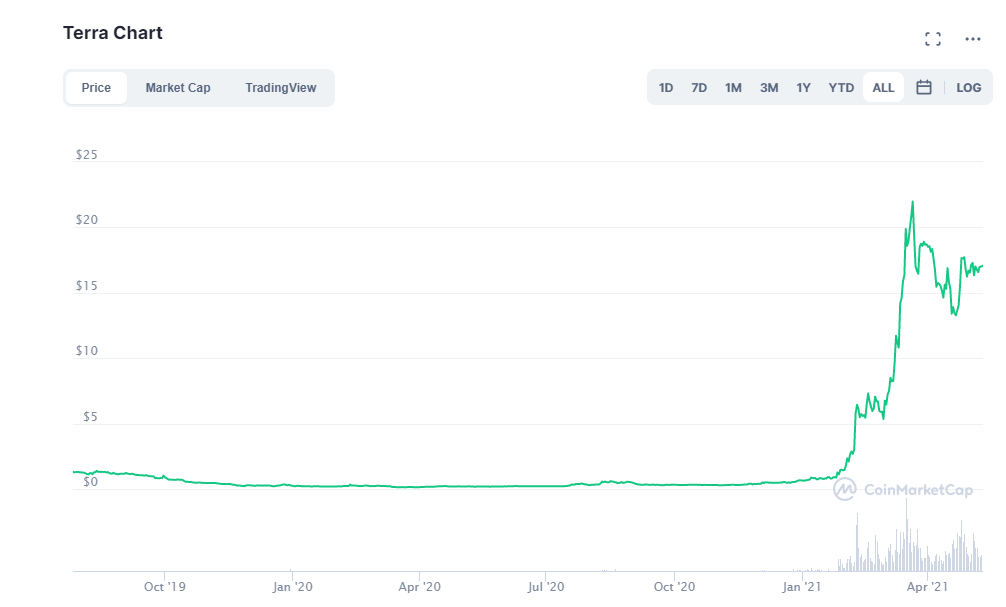 Terra is up more than 8000% from lows of around 65 cents per coin in the last 12 months. However, the coin is still fairly priced and has just over 385 million coins. Terra’s blockchain is heavily focused on smart contracts and has also been involved in the development of important blockchain projects such as the Anchor and Mirror protocols. The success of its past projects has been pivotal in fueling Terra adoption.

Terra is currently trading at $17.06 which means that it is still fairly priced especially considering that it has a low number of coins available compared to many other altcoins. The low price and limited coins in supply should contribute to more value and growth potential in the future.